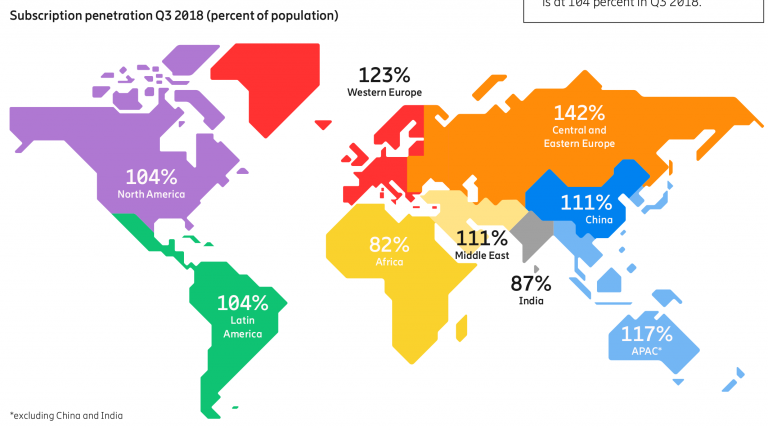 Santa Clara- Mobile subscriptions have been on an upward trend in the latest decade, especially after the increase in smartphones’ penetration.

According to the Ericsson Mobility Report, around 3.9bn smartphone subscriptions existed by the end of 2016 around the globe. The majority of which—almost 90%—will be registered on the wideband code division multiple access/high speed packet access (WCDMA/HSPA), and the LTE (3G and 4G) networks.

The Ericsson Mobility Report reviews new opportunities were 5G can set the base for a successful mobile broadband business for communications service providers. The largest portion of new subscriptions was led by China by 37m, followed by India’s 31m, and Indonesia with 13m.

In regards to mobile broadband subscriptions, the report indicates that they are growing by 15% y-o-y, increasing by 240m in Q3 of 2018, to reach a total of 5.7bn.

According to the report, the number of LTE subscriptions increased by 200m during the quarter to reach a total of 3.3bn, while GSM/EDGE subscriptions declined by 110m over the same period.

However, in many countries – such as Egypt – the number of mobile subscriptions exceeds the population, which is largely due to inactive subscriptions, multiple device ownership, or the optimisation of subscriptions for different types of calls. 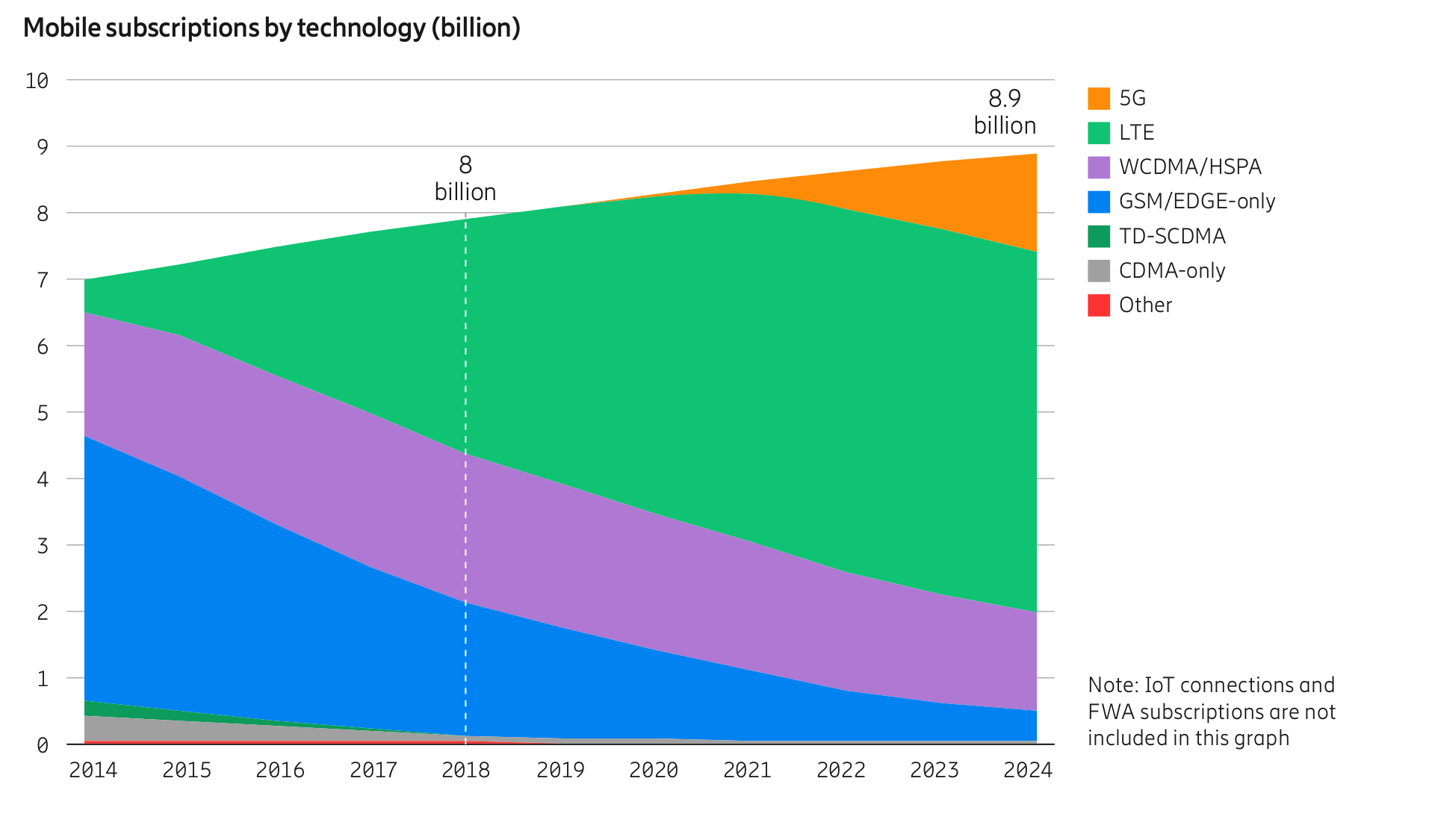 In regards to the 5G adoption, the report indicates that a strong momentum is observed in the global 5G market.

The report cites that the US, one of the major communications service providers, launched a 5G home internet service at the beginning of October, and all four of the country’s major service providers have publicly announced that they will begin providing 5G services between late 2018 and mid-2019.

Meanwhile in Europe, some spectrum auctions have already been held, and others will take place over the next few years. The first commercial 5G subscriptions in the region are expected in 2019.

Moreover, on a global level, major 5G network deployments are anticipated from 2020, and by the end of 2024, Ericsson projected 1.5bn 5G subscriptions for enhanced mobile broadband. This will account for about 17% of all mobile subscriptions at that time.

Furthermore, Ericsson forecasts global mobile data traffic to increase more than five times between 2018 and 2024, while key drivers for 5G deployment include increased network capacity and decreased cost per byte. The 5G subscription uptake is expected to be faster than that for LTE, which in turn is the mobile communication technology with the fastest subscription uptake so far.