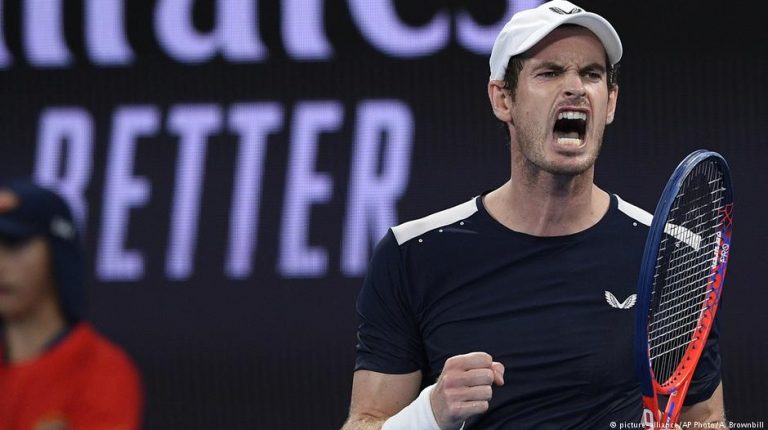 Andy Murray bowed out of the Australian Open with a roar, not a whimper. The former world No. 1 battled hard in the loss to Roberto Bautista Agut, which could be the last match of his professional career.With Murray opening up on the extent of his long-term hip injury last week, it was an emotionally-charged match before the first serve was taken. While it didn’t produce a fairytale ending in a 6-4, 6-4, 6-7 (5), 6-7 (4), 6-1 loss, Murray stayed true to himself in fitting fashion.

An ultimate fighter throughout his career, the Scot demonstrated the qualities that not only led to him winning three Grand Slam titles, two Olympic titles and a Davis Cup, but also endeared him to tennis fans around the world.

Despite losing the opening two sets and his limp becoming more pronounced with every passing point, in typical fashion, Murray managed to muster up willpower to fight back. He won tie-breaks to take the third and fourth set, while his roars, drenched in emotion, ensured the arena rose to fever pitch.

He fought to the bitter end, but the wave of euphoria and momentum weren’t enough to carry Murray to victory as Bautista Agut clinched the fifth set, securing his place in the second round.

After the game, Murray stopped short of calling time on his career: "Tonight was incredible. Thank you so, so much for everyone that came out tonight. I’ve honestly loved playing her over the years. It’s a great place to play tennis. If it is my last match, it was a great place to do it. I didn’t have enough tonight so congratulations to Roberto.

Kerber cruises into second round

The 2016 champion needed just 72 minutes to beat the Slovenian and talked about being in the groove after getting off on the right foot down under.

Read more: What will 2019 bring for Angelique Kerber?

"I've played a lot of matches here already in Australia … I have my rhythm," said Kerber, who played lead-up events in both Perth and Sydney.

Kerber was rarely challenged, and stepped up her relentless, grinding style on the handful of occasions she faced break points to move into the next round without losing any service games.

The German is to play Brazilian qualifier Beatriz Haddad Maia in the second round.

There was a worrying moment later in the day when Andrea Petkovic collapsed on court during her opening match against Romania's Irina-Camelia Begu.

The 31-year-old, who was trailing in the second set after taking the first in a tie-break, eventually got back to her feet after receiving medical treatment and went on to play another point before being forced to retire.

Petkovic was wasn’t the only big name to fall short on a bad day at the office for German players as 14th seed Julia Goerges lost in three sets to American Danielle Rose Collins.

In the men’s draw Peter Gojowczyk, Rudolf Molleker and Jan-Lennard Struff all failed to reach the second round as each suffered defeats in four sets.