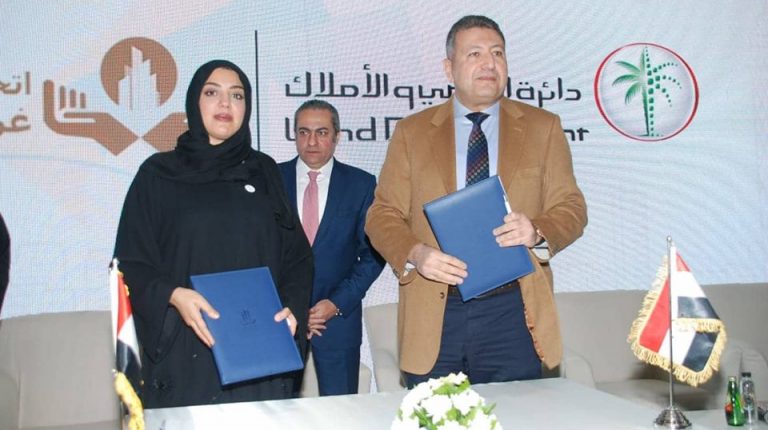 The exhibition period is from 10 to 13 January, with the participation of some Egyptian, Arab, and foreign companies.

During the IPS Egypt conference on Thursday, Abbas said that the Egyptian market is very unique thanks to the huge demand due to its increased population.

Abbas noted that the completion rate in the New Administrative Capital amounted to 50% of the first phase, pointing out that the first phase of the residential district will be handed over in June.

He pointed out that New Alamein is the first planned city on an area of ​​50,000 feddan, noting that the first phase includes many towers, revealing that next summer will see the operation of commercial projects in the city.

As for Majida Ali Rashid, the assistant director general of the DLD, she said that the IPS includes very distinguished projects, pointing out that the cooperation between the government  and the private sector increases the strength of the real estate sector.

Mohamed Abdel Ghany, member of parliament’s housing committee, said that the real estate industry is very important because 24% of the Egyptians are young people.

Abdel Ghany pointed out that the real estate sector represents 17% of the GDP, which is considered one of the key elements of economic development.

Tarek Shoukry, head of the Real Estate Development Chamber, said that the state’s strategic plan for 2050 aims to increase urban areas to reach 14% from 7%, the current area Egyptians live in, through launching fourth generation cities, including the New Administrative Capital.

Shoukry elaborated that the devaluation of Egyptian pound gave local property an added value and gave developers opportunity to open new markets during the coming period.

During the IPS conference, the Real Estate Development Chamber signed a cooperation protocol with the DLD in order to promote mutual real estate investment between developers in Egypt and the UAE.

Shoukry, said that the protocol aims to exchange expertise on several levels including the technological and technical fronts, encompassing a record of all real estate transactions. Moreover, issuing indicators describe market activity and information on several investment opportunities.

On the role of partnerships with the government sector, Amr Soliman, chairperson of Mountain View said that Egyptian developers have become one of the best real estate developers in Middle East.

Soliman praised the partnership projects, noting that partnership between public and private sectors are very successful.

He pointed out that last year witnessed a 35% increase in sales volume, explaining that the real estate sector does not have a bubble, but there is strong competition between real estate companies, in view of the large supply.

He stressed that 5.7% of the population in Egypt are foreigners, which creates an extraordinary opportunity for developers to market units to them.

Vice President for Maintenance and Public Utilities Operation at Talaat Moustafa Group, Ahmed Afifi, said that the company has implemented more than 60% of My City, which is on 8,000 feddan. In addition, the company is developing the largest area in the capital, which is 1000 feddan.

Afifi pointed out that a large percentage of the company’s sales are for foreigners, indicating that the state was very late in exporting property.

Noteworthy, CEO of Strategic Marketing and Exhibition, Dawood Al Shezawi, said that UAE investors and companies are interested in partnering with Egyptian and Arab real estate companies in order to increase these company sales.