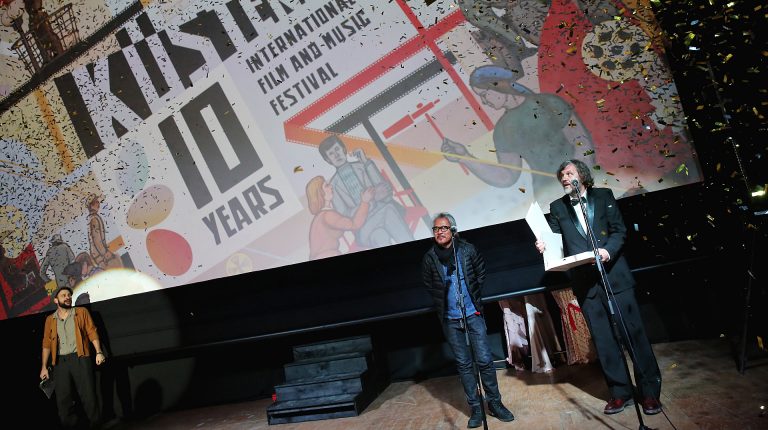 The Kustendorf International Film and Music Festival Kicked off Saturday in Mecavnik, Mokra Gora, Serbia, with the edition dedicated to young filmmakers and world acclaimed authors.

The competition programme of the 12th International Film and Music Festival Kustendorf will consist of 21 films by domestic and foreign authors. The films of young directors from Switzerland; Australia; Serbia; Norway; Republic of Srpska; Poland; Russia; Israel; France; Germany; Iran; Mexico; Spain; Macedonia; Turkey and the Philippines will compete for the golden, silver and bronze egg festival awards.

The international jury consists of Kata Stanić, actress, Slobodan Despot, publisher and writer of Serbian origin who writes in French, and Tankrede Ramonet, French director of documentary films and producer of audiovisual content. The Vilko Filac prize for the best photo will be awarded by the French Director of Photography Michel Amathieu.

The festival received 718 films, and the films were selected according to style, technical skill and authentic view of the world, a press release said. The competition programme of the 12 edition will include 15 feature-length, three documentaries, two animated and one experimental short film.

The programme entitled Contemporary Trends will include some of the best films from last year, while their authors will hold workshops after the screenings.

The film Happy as Lazaro, by the Italian director Alice Rohrwacher, winner of the best scenario at the festival in Cannes, will be featured also in Contemporary Trends. The film will be presented by actors Adriano Tardiolo, Sergi López and Luca Chikovani.

On the third day, the films Close Enemies and A Gentle Indifference of the World will be presented by directors David Oelhoffen and Adilkhan Yerzhanov. Marcello Fonte will be guest of honour on the fourth day and will present the film Dogman by the director Mateo Garone.

Wim Wenders’ film Pope Francis: A Man of His Word will be shown on the fifth day, and producer Andrea Gambetta will speak with students. The brothers Damiano and Fabio D’Inocenzo will talk about their movie Boys Cry on the last festival day.

The New Autors programme will present the first feature film by Montenegro director Ivan Salatić You have a night.

The festival will also present the film Game Girls by director Alina Skrzeszewska as part of the accompanying programme.

Also, in the Andrictown will be organized an exhibition of paintings and mosaics of academic painter Bisenija Terescenko.

Every evening, after film projections and workshops, concerts of musical groups will complete the recognisable night life of Kustendorf, the festivals said. Guests will also enjoy the performances of the orchestra of folk music of the brothers Advahov Valeriju and the Caskaval and Cristi Traktor from Moldova; the Italian musician Vinicio Capossela; the Dutch-Serbian ensemble Jovan Pavlovic and Marko Markovic brass band; the Kal group from Serbia; the vocal-instrumental ensemble Bilja Krstic, and the Bistrik Orchestra.

Since the establishment in 2007, the Kustendorf Film Festival assisted numerous young artists who have left a significant mark on the author film scene.