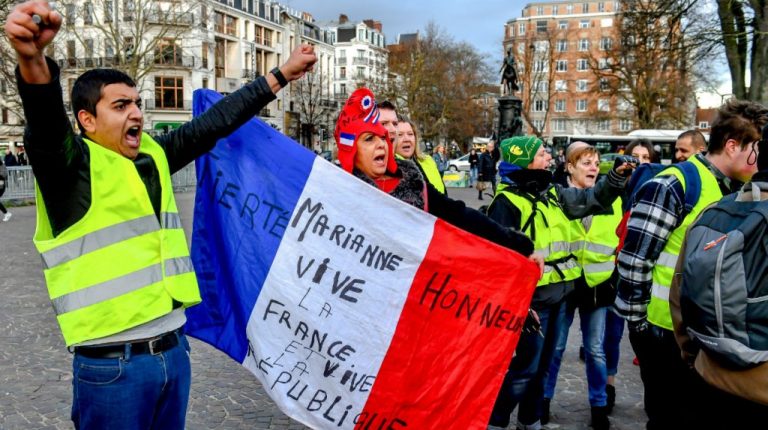 In a lengthy letter to the nation, French President Emmanuel Macron has asked citizens to give their opinions on government policies as part of a nation-wide debate after months of “yellow vest” protests.

Citizens of France would be asked to discuss issues such as cutting taxes and public spending, the use of referendums, and immigration quotas.

“I intend to transform anger into solutions,” Macron said in the letter published late on Sunday.

“Your proposals will help build a new contract for the nation, organising the actions of the government and parliament, but also France’s positions at the European and international levels,” he said.

The document also says that Macron would attend town hall meetings across the country, with the first one set for Tuesday in the northwest town of Bourgtheroulde. He vowed to report on the results after the consultations end on March 15.

While he said that no issues are “forbidden” in the debate, Macron also said he would not backtrack on some of his government’s unpopular measures, such as scrapping a wealth tax.

For the last nine weeks, “yellow vest” protesters have rallied against Macron’s perceived elitism and government policies that they say favour the rich. In response, Macron approved a €10bn package of welfare increases in an attempt to appease the protesters.

On Sunday, Macron’s far-right rival, National Rally (RN) leader Marine Le Pen, accused him of “blindness” and “intransigence” in his handling of the unrest.

“The moment of the big political changeover has come,” Le Pen said while launching her party’s campaign for the upcoming European Parliament elections.

Speaking at a RN conference in Paris, she urged some 2,000 supporters to seize the chance to “beat” Macron at the May vote.