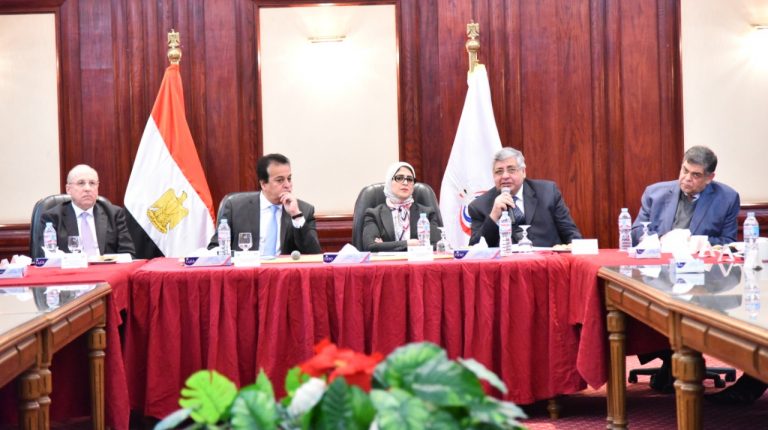 After an absence of three years, the first meeting of the Supreme Council of Health was held. During the meeting, Zayed stated that the council will be frequently held in the first week of every two months, in order to follow up on the achievements and recommendations of the council, and ensure that its proposals are applied.

The Minister of Higher Education and Scientific Research Khaled Abdel Ghaffar, and a number of former health ministers presented during the meeting.

The meeting resulted in several recommendations which included proposals for establishing a new fund to ensure the financial sustainability for the continuous medical education for health service providers. The meeting also agreed on the proposal to establish the Egyptian council for medical specialisations.

During the meeting, Zayed praised the efforts of her ministry in implementing the ‘100m Health’ initiative for detecting hepatitis C, and the national campaign to diminish hospital’s waiting lists.

In his speech, Abdel Ghaffar said that the Supreme Council of Health was established in 1978, and it helps in facilitating the provision of health services, as well as tackles the required integration between all institutions working in the health field, including university hospitals.