Only 23 cases of trafficking in persons have been recorded during the period from January to July 2017, compared to 52 cases in 2014, according to the report,

All persons identified as victims by state authorities in 2014 and 2015 were Egyptian nationals, said the report, adding that all victims were domestically trafficked within Egypt. 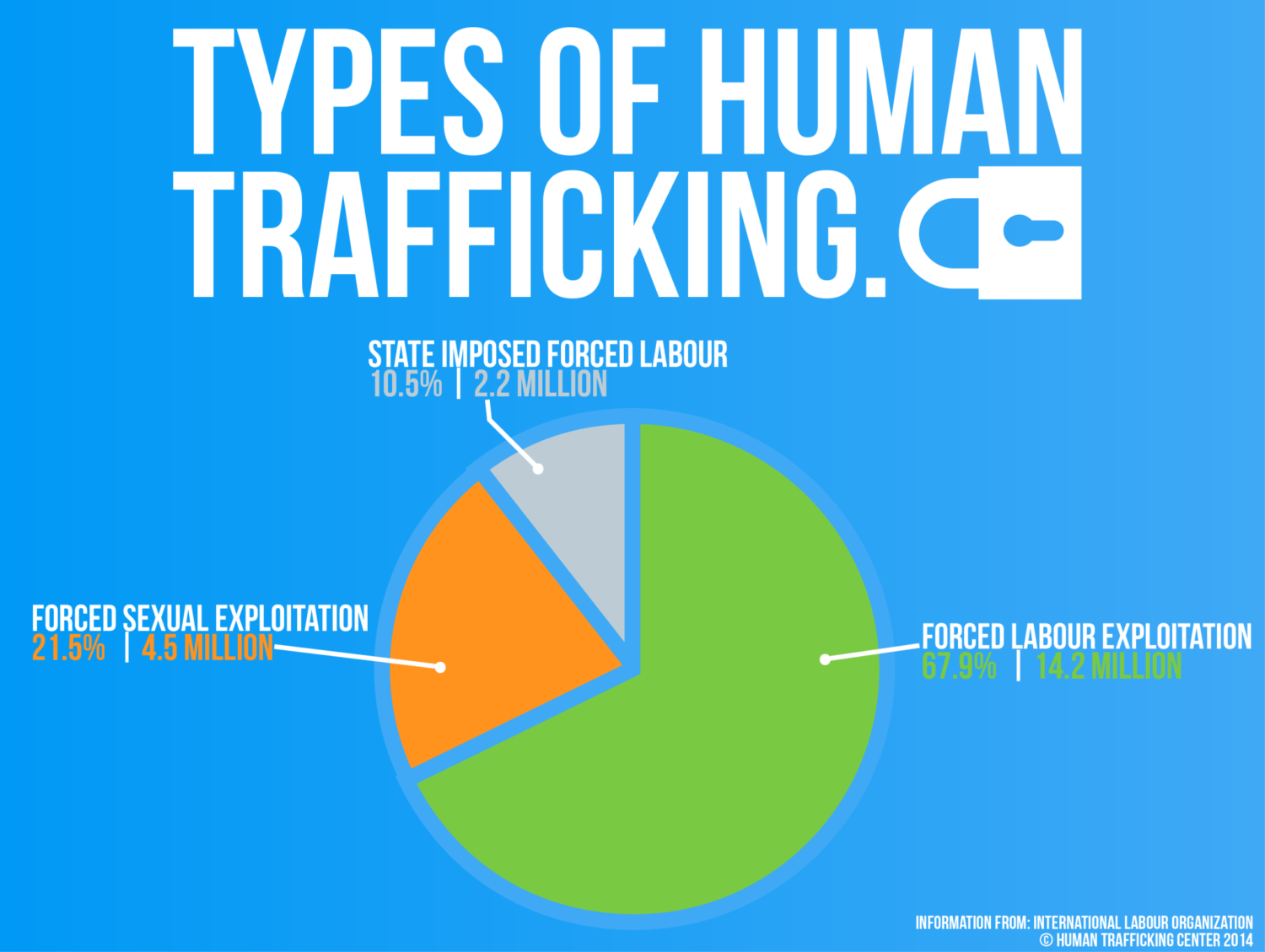 The report said that in 2014 and 2016, six persons were convicted of trafficking in persons in both years in Israel.

The current legislation on trafficking in persons in Algeria was introduced by Law n°09-01 of 25 February 2009 published in the official journal of the People’s Democratic Republic of Algeria n°15 of 8 March 2009. The law covers all forms of trafficking indicated in the UN Trafficking in Persons Protocol.

In 2017, national authorities in Morocco reported 20 offences of trafficking in persons. During the same year, a total of 47 persons, 27 males and 20 females, were brought into formal contact with the police and/or criminal justice system because they were suspected of, arrested for, or cautioned for trafficking in persons.

Between 2017 and 2018, a total of 110 cases of trafficking in persons were reported in Sudan, said the report, noting that 244 persons were brought before the police on suspicions of the crime (231 men, 11 women, and two children).

During the case report, 124 persons were prosecuted in Sudan—all but one male offender—while 210 convictions were recorded, with 204 men and six women convicted. Of these, 106 were Sudanese nationals and 70 were citizens of Eritrea.

Globally, armed groups are using human trafficking as a strategy to finance activities or increase their workforce in conflicts around the world, explained the report.

Women and girls are trafficked into ‘sex slavery’ to boost recruitment and reward soldiers. This was the experience of Nadia Murad, UNODC goodwill ambassador for the dignity of survivors of human trafficking and a winner of the 2018 Nobel Peace prize, who was sold into sexual slavery along with thousands of other Yazidi girls and women after the Islamic State overran her village in Iraq when she was 19-years-old.

“Nadia Murad is the first trafficking victim to serve as a UN goodwill ambassador, and by sharing her experience of being enslaved and raped by Islamic State terrorists, she has been a leading voice in exposing this abhorrent crime,” said UNODC Executive Director Yury Fedotov. “I urge the international community to heed Nadia’s call for justice, and I hope this report can contribute to these efforts.”

Within conflict areas, not only armed groups but also other criminals traffic people fleeing danger and persecution. Forcibly displaced populations have been targeted by traffickers, including settlements of Syrian and Iraqi refugees, Afghans and Rohingya. The report highlights that circumstances generated or exacerbated by armed conflict, such as displacement, weak rule of law, socio-economic hardship, social fragmentation, and family breakdown, increase people’s vulnerability to trafficking.

The report also shows that 70% of the detected trafficking victims worldwide are female. Around half are adult women, while girls comprise a fifth of all victims and their share of the total is increasing.

Sexual exploitation continues to be the main purpose for trafficking, accounting for some 59%, while forced labour accounts for around 34% of all detected cases.

Globally, countries are detecting and reporting more victims and convicting more traffickers. The number of victims reported peaked at over 24,000 detected victims in 2016, and the increases in numbers of detected victims have been more pronounced in the Americas and in parts of Asia.

The share of domestic victims, persons trafficked within their own country, among those detected has more than doubled from 27% in 2010 to 58% in 2016, the study finds.

Most of the trafficking victims that are detected in regions other than their own come from parts of East Asia or sub-Saharan Africa. This may be related to the high level of impunity in these regions, which are often areas of origin for trafficking victims.

However, the world’s richest countries are more likely to be destinations for victims who are trafficked from more distant origins, and increased international cooperation is required to respond.

The report, produced by UNODC every two years, reinforces the link between tackling this crime and achieving the UN Sustainable Development Agenda.

Barry Bennell child-abuse case about justice rather than change