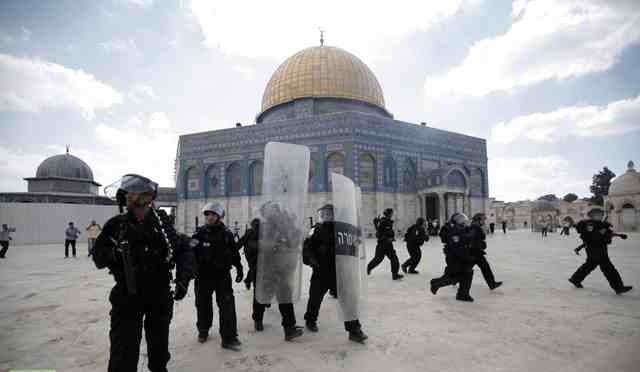 The Israeli forces lifted its siege on the Dome of the Rock of the Al-Aqsa Mosque compound in the Old City in the occupied East Jerusalem on Monday night.

Five Palestinians including three mosque guards were arrested by Israeli police after the holy place was reopened, according to Anadolu Agency.

After that, the mosque guards closed its doors in order to keep it from Israeli attempts, and shortly after hundreds of Palestinian worshippers came to the place. Meanwhile, the director of the Al Aqsa Mosque Sheikh Omar Al-Kiswani was physically assaulted by Israeli forces.

According to Palestinian media, Israeli police is allowed to carry out routine security checks every morning in the holy places, however they are not allowed to enter them with the Jewish Kippah.