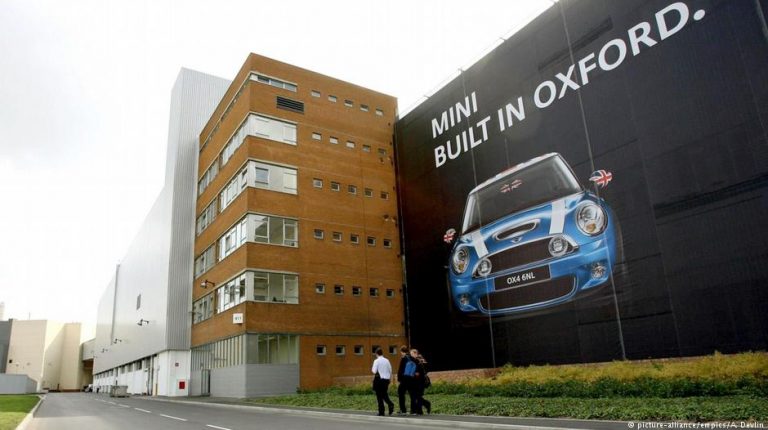 German companies are closely following all developments that might give them an idea of exactly how the United Kingdom will leave the European Union. Soft or hard Brexit — that’s the question yet to be answered.No less than 43 percent of Germany's industrial companies believe there will be a hard Brexit when talking about how the UK is going to exit the European Union, says a study by the Munich-based ifo economic research institute.

Three-fifths of the firms polled say they'd be affected by a hard Brexit, to varying degrees, depending on how closely production chains in Britain and the European mainland are intertwined.

Some 85 million vehicles are registered annually every year, two million of them in the UK. Brexit will weaken the nation's car sales a bit, but not in a drastic manner, says German auto industry expert Ferdinand Dudenhöffer from Duisburg-Essen University.

"Should the UK car sales dip by a fifth, it would not be a major blow to the German car industry," he said, adding that BMW would be affected the most, given its production facility for the Mini in Britain. BMW also has an engine-producing plant near Birmingham, which makes motors not just for the Mini, but also cars of the firm's 1 and 2 series.

There could be supply problems among some plants on the Continent and Britain, which could also affect Opel subsidiary Vauxhall, now belonging to French group PSA. PSA closed down its facility in Bochum, Germany, but continues production in Ellesmere Port near Liverpool. However, there may also be some positive side effects, says Dudenhöffer. "If the British pound devaluates further, cars could be produced cheaper than in the eurozone unless high tariffs are in place."

Financial institutions are also watching Brexit procedures very closely. After all, financial services account for 12 percent of the UK's gross domestic product. London has been Europe's main financial hub, but banks outside of Europe, which are based in Britain and do business with the European Union, can no longer do so post-Brexit. Frankfurt is already profiting from this.

Lobby group Frankfurt Main Finance estimates that banks may relocate between €750 billion ($857 billion) and €800 billion in finance volume to Frankfurt, much of it to be transferred in the first quarter of this year.

In addition, up to 8,000 positions would move to Frankfurt over the next couple of years, says Gertrud Traud, chief economist of Helaba bank.

Hard or soft Brexit — that's also of importance for the chemical and pharma businesses in Germany. The VCI chemical industry association fears that a hard Brexit could eventually entail tariffs of up to €200 million annually. VCI Managing Director Utz Tillmann is afraid of a host of different regulations without an orderly exit. All chemicals produced in the UK would have to be approved again in time-consuming procedures involving a lot of red tape.

The same applies for pharma companies. There are very close ties and cooperation networks between pharma firms in the UK and its current fellow EU fellow countries involving the production and distribution of medical products as well as clinical studies among EU members.

Regulation poses a major challenge in aviation, too. A hard Brexit has the potential of crippling flights completely as British airlines would lose their right to fly to airports in the EU (as they would no longer be part of the EU's internal market).

This would hit British Airways, Easyjet and Ryanair, but also Germany's Tuifly and Condor, in which British shareholders have secured a majority stake.

But experts such as Eric Heymann from Deutsche Bank are optimistic. "I think it's relatively easy to solve this problem in a way that would ensure the further operation of flight routes between the UK and the European mainland."

For German machine builders, Britain is a crucial export market involving an export volume of €7 billion annually. As early as 2017, exports to the UK decreased as the specter of Brexit took shape.

Let's not forget that the depreciation of the British pound has been a headache for German producers in the sector as their goods became a lot more expensive for UK consumers. Germany's Mechanical Engineering Industry Association, VDMA, is still hoping for an orderly exit, while calling on its members to brace for a hard Brexit.

Passenger traffic at Egyptian airports increases by 12.1% in 2017