Several pictures of dozens of volunteers were circulated on social media over the past few days to show them cleaning up the extremely polluted river Nile. The pictures resulted in a wave of encouragement for taking a step into changing the current condition, and cleaning what has become a black-coloured Nile. 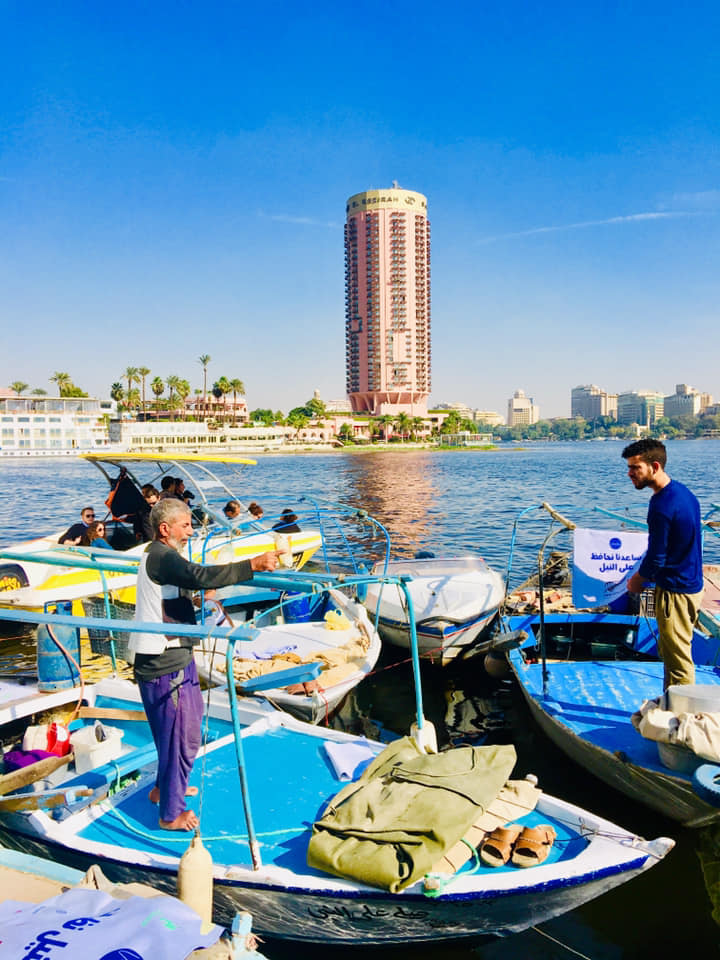 The volunteers are part of Verynile, an environmental campaign aiming to end the Nile pollution and finding a permanent solution so that it will not be sullied again. The initiative was launched by Bassita, a click-funding initiative known for its social media awareness campaigns, in partnership with Greenish, a business aiming to implement sustainable environmental solutions.

The campaign seeks to revitalise the longest river in the world, and make it healthy again by removing all the trash which has made the river its home for decades, as well as to get rid of all the industrial waste stagnating in it.

“Egyptians tend to complain about the pollution and the dirt surrounding them everywhere. We wanted to take part in cleansing it for a change,” Moustafa Habib, Verynile’s project manager informed Daily News Egypt.

“I’m a Nile lover. Every time I pass by it, I wondered how different it would look like if it is waste-free and clear again. Until one day, I decided to make this happen,” he added.

The tremendous initiative goals will be achieved by working on three main pillars: first by raising people’s awareness through on-the-ground cleaning campaigns, second by seeking the help of fishermen who spend days off the shore in order to clean the waste they come across while fishing. The initiative also discusses with the fishermen exchanging every tonne of waste with either food supplies or some of their fishing requirements.

The third pillar is for the waste to end up at garbage disposal sites in order to separate between the recyclables, and the waste that is to buried. 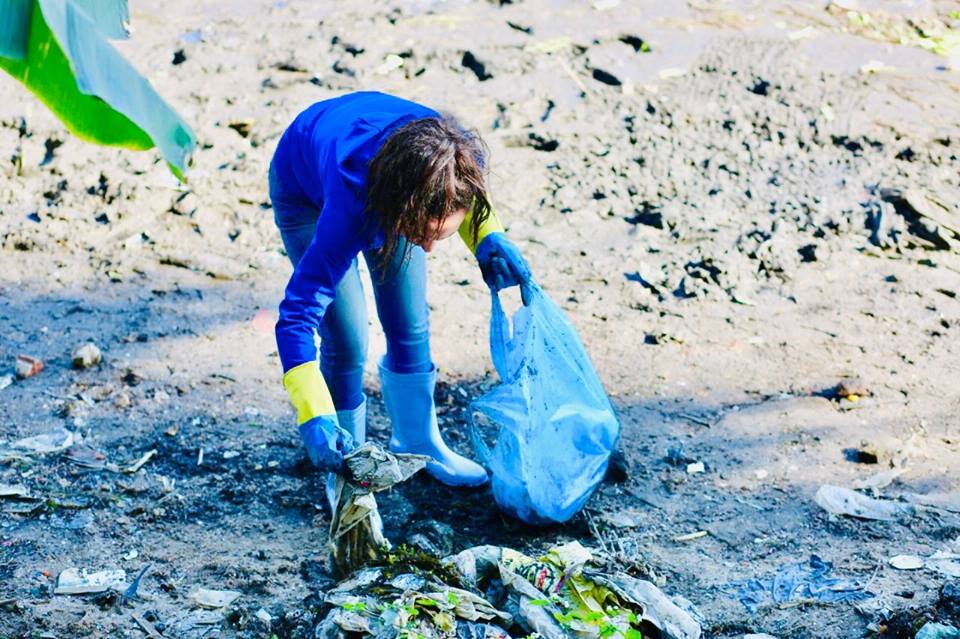 “We know it is a long process, but the result is worth it,” Habib asserted.

In its first Nile cleaning event which took place last month, 250 volunteers managed to take 1.5 tonnes of waste out of the Nile within only two hours of work.

“We knew it was terribly polluted, but we did not believe what we found!” Habib said, further explaining, “Broken ceramic sinks, old clothes, blankets, and all shapes and sizes of plastic bags and boxes were some of what we came across at the two spots we cleaned the first time.”

He astonishingly pointed out, “We did not believe that people could ever think of getting rid of such things by throwing them into the Nile!”

Among the things that touched the volunteers’ hearts the most were the Nile creatures which lost their lives from the plastic waste.

Habib explained, “We found small creatures that were stuck in water bottles, and others which seemed to be dead from other refuse.”

He added that the volunteers did not leave the two locations without having them totally waste-free and clean, “at least we removed the waste we could see.” 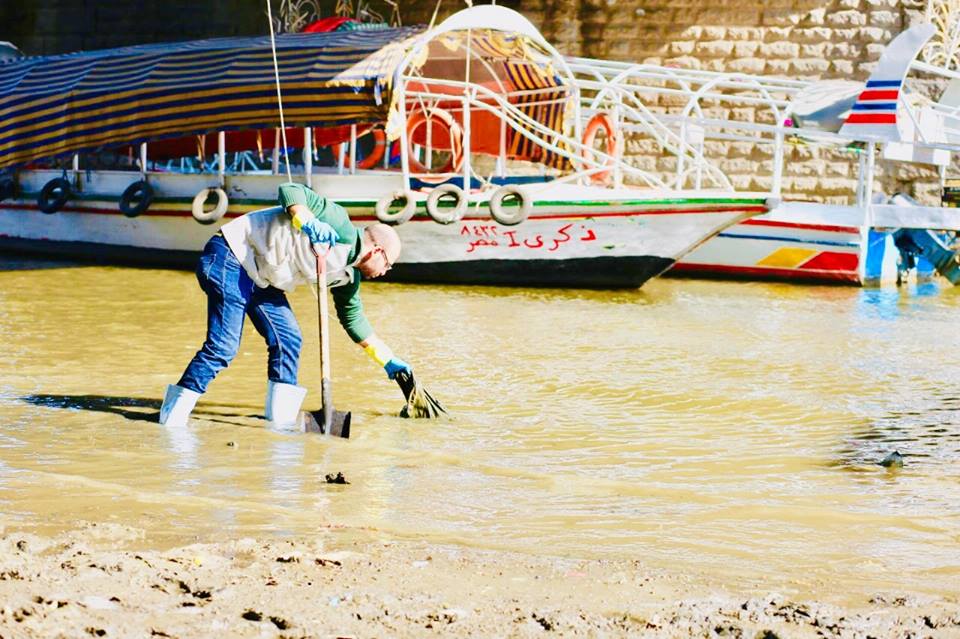 When it came to funding the cleaning equipment used in the process, the embassy of New Zealand and the International Organisation of Migration supported the team.

“It started with me writing on my personal Facebook account that we are organising a cleaning event soon, and we are in need of peoples’ help with the tools. Not so long after, dozens of people offered to purchase the equipment with their own money,” Habib stated.

The campaign aims to expand from the centre, focusing on all the governorates which the river passes by, and on a larger scale, the countries as well.

Since the first day of launching, Verynile revealed Egyptians’ positive interacting towards one of the essential sources of life, water.

Furthermore, Habib happily stated, “Just by opening the call for our first event, we received 600 applicants within a few hours. So far, we received over 4,000 volunteering requests in less than a week which led us to close the registration until we were able to handle this number of applications.”

According to Habib, Dozens of schools, student activities, as well as corporate social responsibility (CSR) departments in private sector institutions also reached out to the team, seeking to become a part of the campaign. 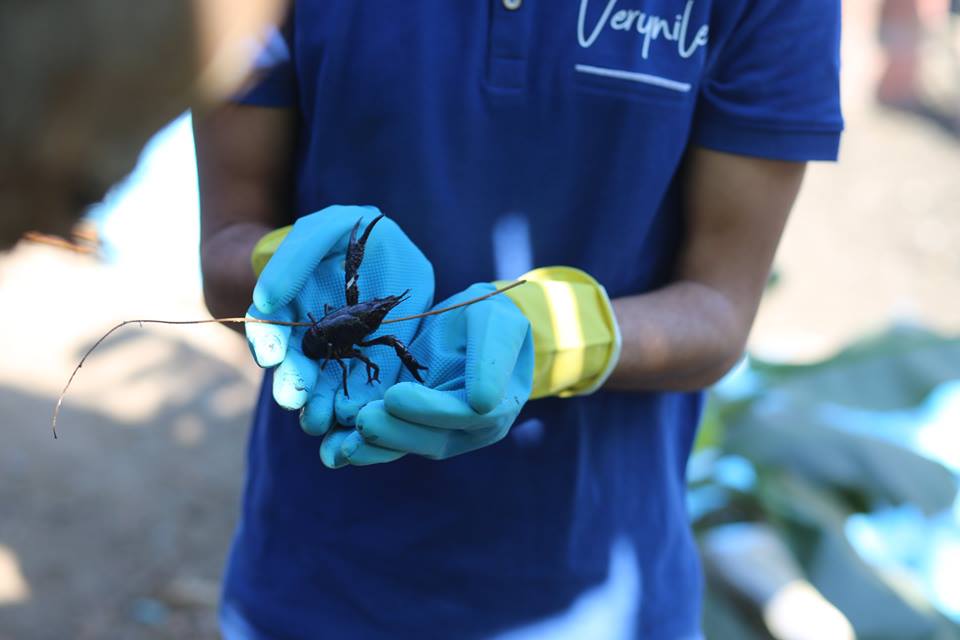 Despite the huge encouragement for the team, there are several challenges which are slowing their progress.

“We need to take all the permits for the campaign, and this takes time. But the most important thing is to take good care of the volunteers’ physical wellbeing. This is the hardest and most crucial challenge. We are aware that waste might be contagious,” Habib further elaborated.

As a precaution, the team requested from every volunteer to wear a life jacket and specific boots.

The Minister of Water Resources and Irrigation Mohamed Abdel Aty previously said that plastic waste is severely affecting the marine life and the river’s eco-system. He added that Egypt annually removes 7.5m tonnes of waste from the river Nile. Abdel Aty added that the ministry has a plan to clean all the water resources by 2037, with an allocated budget of billions of Egyptian pounds.

The campaign is currently organising its second event, which is planned to take place next month.

“We seek to have a bigger gathering next time to clean several spots, one in Cairo and in other governorates where the river is most polluted,” Habib concluded.