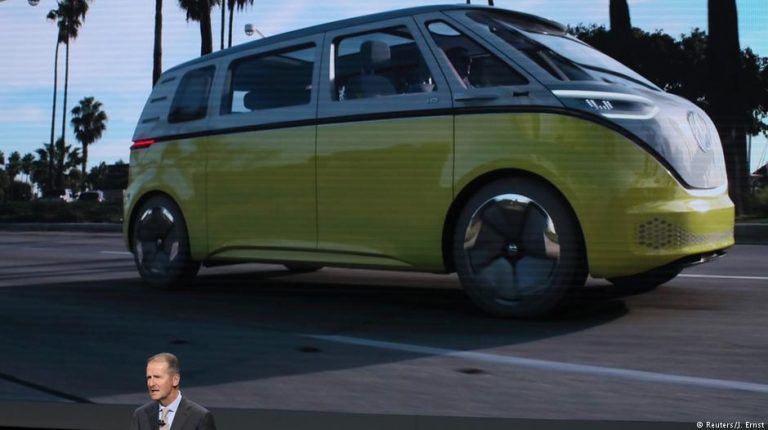 VW is to build a new electric vehicle at its plant in the US city of Chattanooga, expecting to sell a million of them by 2025. The German giant is also moving closer to announcing its partnership with Ford.VW's CEO Herbert Diess made the announcement at the North American International Auto Show in Detroit on Monday.

The 1,400-acre (560-hectare) Chattanooga site "is a key part of our growth strategy in North America" Diess said. VW currently employs about 3,500 people at the Tennessee plant and believes it can expand more rapidly than building a new facility elsewhere, although Diess admitted there were "pros and cons" to the decision.

"It's not easy to attract further labor there — the labor market is a constraint," Diess said. "Still, we have invested a lot, we have a lot of governmental support there, a strong team there. It makes more sense to increase capacity in Chattanooga." The $800-million (€697-million) project is expected to generate an extra 1,000 jobs.

German car companies have been under pressure from the Trump administration to increase their investments in the US.

Diess also confirmed discussions with Ford over a partnership which have been taking place in recent months, with a conference call involving Ford CEO Jim Hackett and other executives planned for Tuesday.

VW and Ford have been discussing sharing the costs of developing electric and autonomous vehicles and sharing some factory space.

Diess said the partnership would include cooperation on small commercial vehicles, vans and midsize pickup trucks — a market where VW is not a major player. "We decided to join forces there and we will become very competitive together in this segment," Diess said Monday without giving further details.

VW will use a modular electric toolkit chassis (MEB) at its site in Chattanooga. This was designed as the basic building block for its electric vehicles (EVs) to consolidate all the electronic controls and reduce the number of microprocessors in each vehicle.

Volkswagen is building the first dedicated EV production facility in Zwickau, Germany with MEB production due to start by the end of this year. It also plans to add EV production to faciities in Anting and Foshan in China next year and in Emden and Hanover, Germany by 2022.

Tennessee state officials welcomed the decision. Department of Economic and Community Development Commissioner Bob Rolfe said on Monday: "Today's announcement is a tremendous win for Tennessee as it shows that our state continues to be a prime location for foreign direct investment."Diess said that the Volkswagen Group of America's CEO Scott Keogh is to lead the Volkswagen electric vehicle management team.