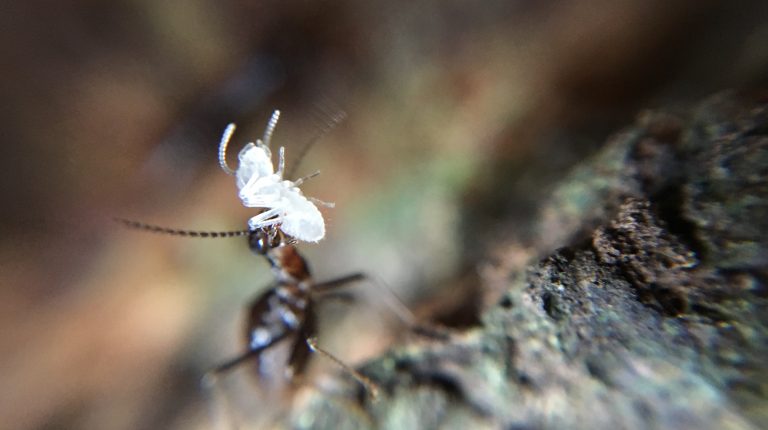 Despite their miniature size, but termites play an important role in mitigating the effects of drought in tropical rainforests and conserving the ecosystem in the tropical rainforests of Africa and Asia. They also contribute to the decomposition of living organisms and plants, facilitate the recycling of nutrients, enhance soil moisture, and increase nutrient efficiency.

According to a recent study published in the Science journal on Thursday, termites are one of the few living organisms that can break the cellulose found in plant materials.

The study, prepared by researchers from the Natural History Museum and Liverpool University, is the first large-scale study to test the hypothesis which theorises that termites play a crucial role in maintaining ecosystem processes in rainforests during droughts.

The researchers conducted a case study on rainforests on the Malaysian island of Borneo during and after the severe droughts that followed El Niño in 2015 and 2016. The research team compared the status of endemic sites with other sites removed from them.

El Niño is a climatic phenomenon that occurs during periods ranging from 4 to 12 years in the Pacific Ocean and causes its water to warm, which may result in dry and hot droughts in Asia and East Africa and heavy rainfall and floods in South America.

Despite the harsh environmental conditions, however, researchers found that termites increase significantly in sites hit by drought from other sites. The large number of termites during the drought period resulted in higher decomposition rates of tree leaves and nutrient cycling, and increased soil survival and winter humidity compared with non-drought periods.

Over 50% of the Earth’s tropical forests have been removed in one form or another through human activity, i.e., approximately 10m sqkm, which is vast and is likely to be less drought-resistant due to the negative effects of low termite numbers.

“When the study was conceived we were interested in better understanding and quantifying the precise role that termites play in rainforest ecosystem processes. We know they are very important for things like decomposition, but no study has yet partitioned the role of termites from that of other organisms,” lead author Hannah Griffiths, from the School of Environmental Sciences at Liverpool University informed Daily News Egypt.

To achieve the goal of the study, Griffiths and her team set up a large scale ecosystem manipulation experiment within a rainforest in Borneo, where they suppressed termite communities on experimental plots. Then, in the middle of their study, the extreme El Niño drought of 2015-2016 occurred and made them realise that this was a really exciting opportunity to look at how termite activity/abundance is influenced by drought, and how this change influences termite-mediated processes during and after this climatic event.

All of these effects were only evident during the drought, which shows that termites are buffering these key ecosystem processes from the negative effects of drought stress. This suggested that intact biological communities are needed to safeguard functioning ecosystems against environmental perturbations.

“Overall, this study is yet another piece of evidence that we need to conserve biodiversity, and sustain intact natural habitats and communities in order to maintain healthy functioning ecosystems, especially given that we are facing a time of unprecedented changes to the biosphere,” Griffiths told DNE.

This research shows, that it is vital to conserve intact ecosystems and communities of plants and animals because of their role as a type of ecological protection, safeguarding the maintenance of functioning natural ecosystems.

How an Indian office worker became a desert fruit farmer