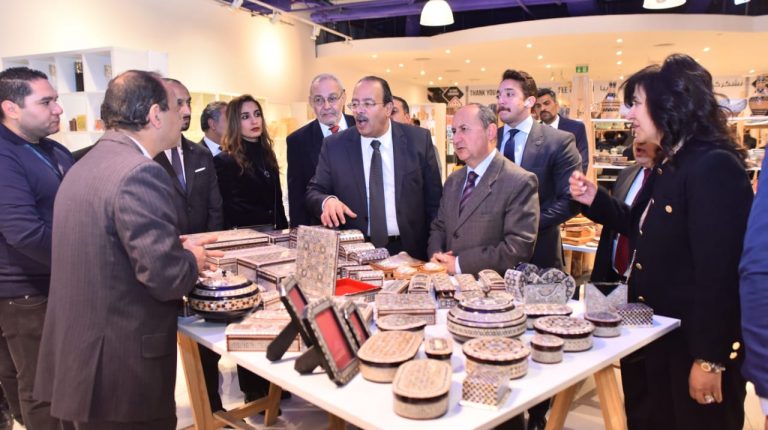 During the inauguration, the minister said that Creative Egypt is affiliated with the Industrial Modernisation Centre (IMC), which serves 35 handicraft groups from 17 governorates and over 64 companies.

Since its establishment in 2015 at the Omar Effendi Store, Creative Egypt has contributed to raising Egyptian awareness about the country’s heritage and ethnic products, Nassar added.

The minister stressed that the Egyptian handicraft industry has managed, under the Creative Egypt brand, to participate in many local and international exhibitions, which enriched the ability of Egyptian handicrafts to compete globally, and also contributed to increasing their export opportunities.

“The new Creative Egypt showroom includes products of more than 100 artists and craftsmen who have been selected according to criteria set by the IMC, which is committed to quality standards and pricing in order to ensure continuity and excellence of products,” the minister noted. “The new showroom spans over 300 sqm.”

Ahmed Taha, CEO of the IMC, said that the new Creative Egypt showroom will significantly contribute to the growth of operations and production levels. The number of suppliers in the new headquarters increased to 111, compared to only 25 suppliers in the previous headquarters.