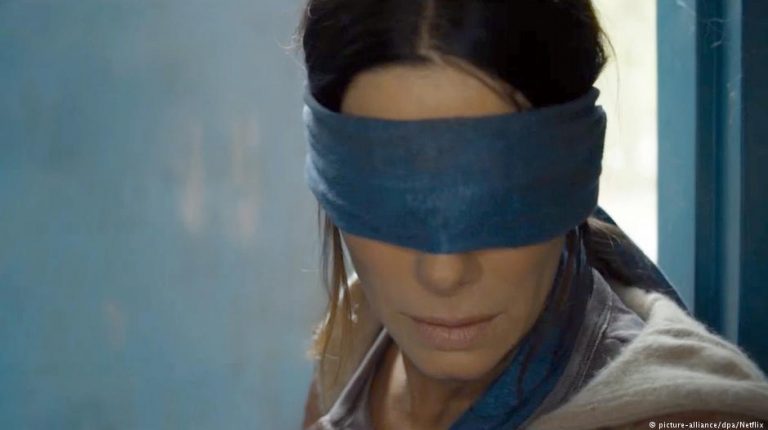 Videos depicting risky stunts like the “Bird Box challenge” will not be tolerated, the site has said. Multiple deaths tied to YouTube stunts have been reported in recent years.YouTube announced late on Tuesday that it would crack down on videos depicting dangerous pranks and challenges after several people were been badly injured in the so-called "Bird Box" challenge.

Based on the Netflix film of the same name, people participating in the challenge blindfold themselves and carry out tasks, causing at least one car crash and other serious injuries.

"We've made it clear that our policies prohibiting harmful and dangerous content also extend to pranks with a perceived danger of serious physical injury," YouTube said in a statement.

The video-sharing site said it wanted to "make it clear that challenges like the Tide pod challenge…that can cause death and/or have caused death in some instances, have no place on YouTube."

"We also don't allow pranks that cause children to experience severe emotional distress, meaning something so bad that it could leave the child traumatized for life."

The "Tide pod challenge," in which participants ingest small packets of laundry detergent, has killed at least six people and sent thousands to hospitals, according to the nonprofit Consumer Reports.

Another dangerous practice, often committed on streaming platform Twitch and then uploaded to YouTube is a prank called "swatting:" in which video gamers call in fake police reports in order to prompt a raid on a rival's house. At least one man was mistakenly shot dead in a "swatting" incident in Kansas in 2017.

In June 2018, a young man was also fatally shot by his pregnant girlfriend after convincing her to take part in a stunt he planned to gain viral fame with on YouTube.

Some observers claim that social media sites like YouTube are notoriously poor at keeping on top of banning harmful content. A good deal of graphic sexual, violent, and extremists content remains on the sitem, despite a pledge to remove it.