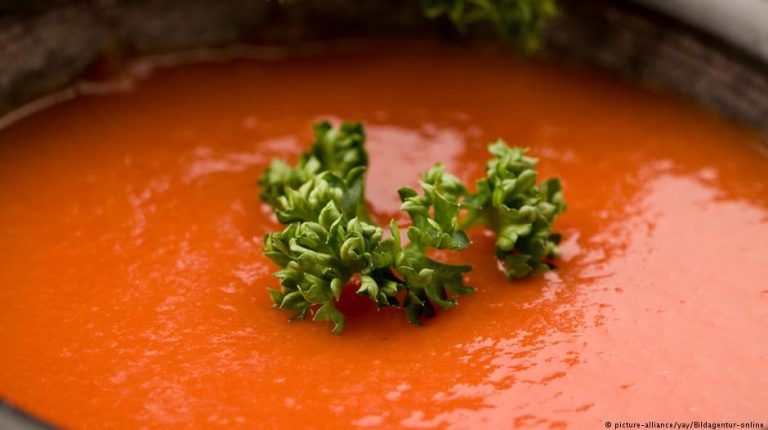 Cameroonian Yvan Sagnet is looking to tackle labor exploitation in agriculture with an ethical label that’s meant to challenge the local gangmaster system. Ylenia Gostoli reports from Apulia, Italy.The sight of the vast slums of the Apulia region of southern Italy, where agricultural workers live in corrugated iron and wood shacks, didn't fail to strike a young Yvan Sagnet when he first set foot there.

That was back in 2011, when he was a 26-year-old student at the Polytechnic University of Turin, looking to make some money to pay his fees.

"I went to Apulia following some hints from friends," Sagnet said. "They didn't tell me that behind it all there was extreme exploitation.

Realities on the ground

"I arrived and found that surreal context of slums and migrants camps — people were there because they had no choice, but for me, coming from a different background, that was unacceptable."

It wasn't long before Sagnet and hundreds of other workers in Nardo began a strike against working conditions after laborers had been asked to do more work for the same, already meager pay — €3.50 ($4) for collecting a 300-kilogram crate of tomatoes.

Just a year earlier, protests against an attack on agricultural workers by local youth had led to rioting in the nearby region of Calabria. As a result, hundreds of African migrants were deported from the town of Rosarno, a decision that critics called "ethnic cleansing."

The strike went on for two months in the summer of 2011.

"We were able to shine a spotlight on the gangmaster system,” Sagnet told DW. Gangmasters, or caporali in Italian, are in charge of recruiting low-cost laborers on behalf of farmers, getting a cut from their wages.

Some of the workers broke the silence that often contributes to leaving free rein to criminal organizations, and reported their gangmasters and employers. It led to the conviction of 12 people for enslavement in 2017, the first such sentence. Gangmastering wasn't yet recognized as a crime at the time the arrests were made.

In September 2011, Italy passed a law that introduced "unlawful mediation and labor exploitation" as an offense carrying up to eight years in prison, a first and significant step. Up until then, caporali didn't risk much more than a €50 fine when caught. In 2016, the law was extended to employers in a bid to drive down the demand for intermediation.

But critics say the problem has persisted due to the workers' extreme vulnerability and their exposure to blackmail, if they're undocumented or their residence permit is directly dependent on their employer.

According to a report by the trade union FLAI-CGIL, 400,000 workers are at risk of getting caught up in the system every year. Italian and international mafias have infiltrated various stages of the supply chain.

It was his experience with the protests that led Sagnet to believe that the problem should be tackled from the top and that simply persecuting the caporali would not work as long as the production chain still required products at extremely low prices.

"We are putting together a strategy that will target the causes, not the effects," Sagnet told DW.

"We need to get to the source of the problem, which is the market, consumers and large-scale distributors," he added. "Gangmastering is just the effect of a twisted system that fuels it — the causes are found in an agricultural and development model that needs to be changed."

Sagnet believes conditions are ripe to begin working on such a mammoth task. He aims for NoCap to become an international network that unites all the actors involved in the production, from consumers to large supermarkets responsible for distribution, down to farmers and seasonal laborers.

"We aim to be a kind of coordinating body," Sagnet explained about his NoCap association, "an international 'anti-gangmastering network' whose action will be centered on a certification label to reward virtuous practices within the food supply chain.”

In Sagnet's view, all actors involved would stand to benefit. Consumers will be able to identify ethically-sourced products, supermarkets can tap into an emerging consumer profile, producers get to have a say in setting their prices, while workers receive fair wages.

When the tomato-picking season begins in July, Sagnet hopes to have everything in place to make his plan a reality with the first investment from a supermarket chain, which he is currently negotiating. He's also hoping to secure some resources from the government, specifically through using buildings confiscated from the mafia and now meant to accommodate workers to take part in the project.

But it's a government that has just passed a new law that is poised to swell the ranks of undocumented migrants in Italy, making it easier for them to fall prey to illegal employment practices.

Italy's interior minister and deputy prime minister, Matteo Salvini, introduced a "migration and security" decree, which entered into force on October 5 and was converted into law by parliamentarians in December. The law restricts asylum rights by abolishing "humanitarian protection" permits, which Italy issued to asylum-seekers who did not qualify for refugee status or subsidiary protection, but were recognized as vulnerable.

Undocumented migrants on the rise

According to the Italian Institute for International Political Studies (ISPI), the new law is set to double the number of undocumented migrants in Italy in the next two years, creating 70,000 more than under previous rules. The law also bars those who hold such permits from accessing aid.

"Many people leaving [the reception centers] would end up working in agriculture," Sagnet said. "This way we will have a further pool of slaves available to Italian and foreign slave masters, many of them without documents."

Instead, the government has introduced six special cases in which asylum-seekers can receive protection. Work exploitation is one of the categories, but as the permit is only valid for six months, it is unlikely that it will encourage vulnerable workers to come forward.

"As long as [supermarkets] continue to impose prices and set the rules of the market, they will feed a system based on unlawful practices," Sagnet said.

"Agriculture is a pyramidal system — we decided to start from the top of this pyramid by saying the problem lies with your rules."