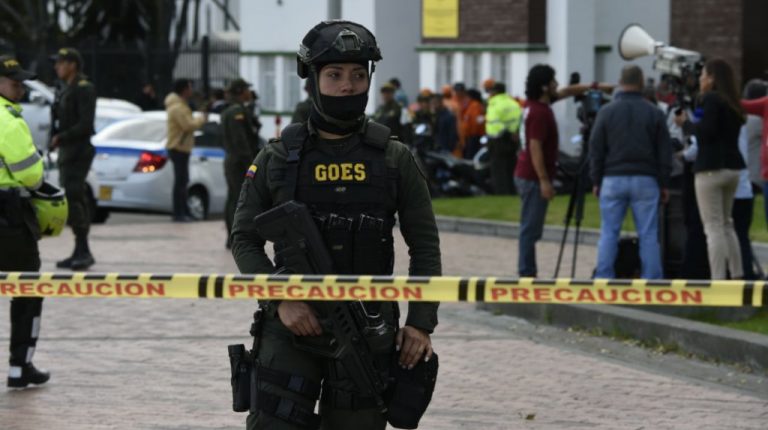 Egypt has condemned on Saturday the bomb attack that has targeted a Colombian police academy in Bogotá, on Thursday, according to a statement by the Ministry of Foreign Affairs.

The attack left at least 21 people dead and dozens wounded.

Cairo offered its deepest condolences to the victims’ families and wished the injured a speedy recovery, the statement added, asserting the government’s support to Colombia’s anti-terrorism efforts.

On Friday, Colombian President Ivan Duque demanded that Cuba arrest 10 peace negotiators from the National Liberation Army, a Marxist rebel group known as the ELN for its Spanish initials, after the Colombian government blamed the leftist group for the car bombing, AP reported.

In a televised address, the conservative leader said he had revoked a decree suspending arrest orders against leaders of Colombia’s last remaining ELN rebel group, who have been living on the communist-run island amid fading hopes that peace talks would resume.

José Aldemar Rojas Rodríguez, the suspect of the car bombing, was a member of the largest guerrilla group remaining in the country, the Colombian government said on Friday.

The suspect, who was killed that day by police forces, was part of the National Liberation Army, said the Colombian Defense Minister, Guillermo Botero.

The attack was the first car bombing in Bogotá in years, a gruesome reminder of an era when such attacks were the norm, as drug lords and rebel groups waged aggressive terror campaigns, killing hundreds of civilians and security forces. Since the signing of the peace accords, the Colombian government has said it turned the page on that violent era.