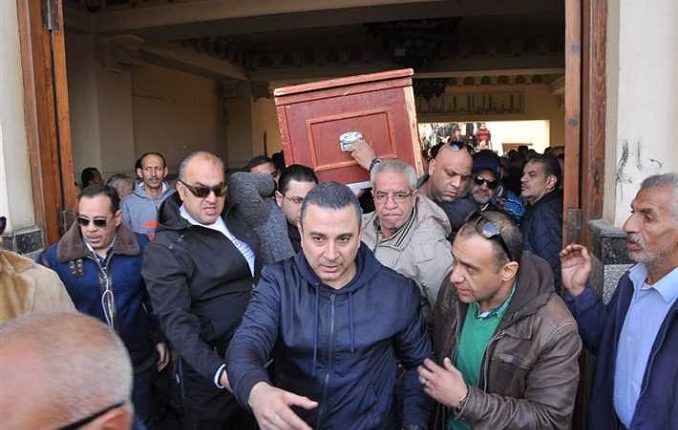 Egypt’s Minister of Culture, Inas Abdel Dayem, mourned the death of veteran actor Saeed Abdel-Ghany, who passed away at the age of 81on Friday morning after a long battle with illness.

Abdel Dayem stated in a press release that the Egyptian cinema and the drama platforms in the Middle East have lost one of their legendary knights, “Abdel-Ghany’s unique acting forged a new path in the field, and his work as a journalist was always distinctly honest and accurate.”

Abdel-Ghany, was born in the Daqahlia governorate in 1938. He moved to Cairo to receive his college degree, before joining the state-owned newspaper Al-Ahram as a young journalist.

The veteran actor soon became the editor of Al-Ahram’s art section. For years, he was known for conducting unique interviews with prominent superstars and directors.

His acting career started when he joined Al-Ahram’s acting group which led him toward the silver screen. His first appearance as an actor was in Youssef Chahine’s film, The Bird, in 1972.

Throughout his career as a professional actor, he appeared in over 180 films, and TV drama shows.

Despite always performing in supporting roles, Abdel-Ghany left his signature mark in people’s hearts and minds with his extraordinary acting skills in some of his films including, Ehna Beto’ El-Otobes (We are the Bus People) which depicts the torture of detainees during late president Gamal Abdel Nasser’s era. Abdel Ghany played the role of a bureaucratic intelligence officer who did not care to mistakenly torture two innocent people wrongfully caught in a political case, causing one of their deaths. The film, which caused a uproar when it was premiered in 1979, was based on a true story from prominent journalist Galal El-Din Al-Hmamasy’s book, Hewar Khalf Al-Aswar (A Discussion Behind the Fences).

Abdel-Ghany received the State’s Medal of Arts of the First Class in 1996.