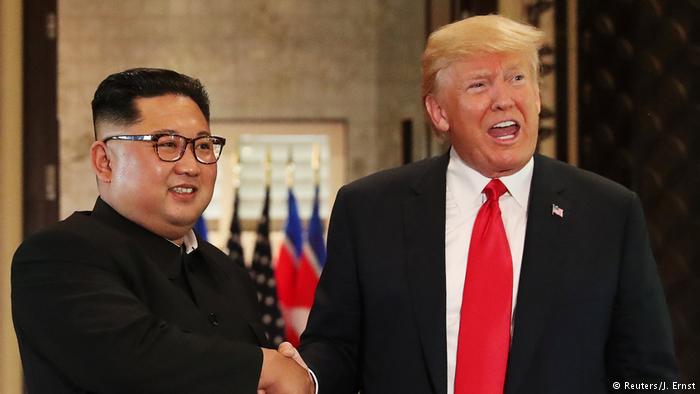 The North Korean envoy, Kim Yong-chol, met with President Donald Trump on Friday as the two sides sat down to resume the stalled efforts which aim to end North Korea’s nuclear weapons programme. The leaders agreed to arrange a second summit with the North Korean leader Kim Jong-un.

The White House’s spokesperson, Sarah Huckabee Sanders, stated, “President Donald J Trump met with Kim Yong-chol for an hour and a half in order to discuss denuclearisation and to hold a second summit, which will take place near the end of February,” further continuing, “the president looks forward to meeting with Chairperson Kim at a place which will be announced at a later date.”

In a statement, the South Korean President, Moon Jae-in, said that he welcomed the planned meeting between Trump and Kim, adding that it could be a “turning point” for bringing a lasting peace to the Korean peninsula.

Trump has previously exchanged several letters with Kim Jong-un, although little tangible progress was made since the two sides reached a vague denuclearisation agreement at their first historic meeting in June 2018. He has also spoken several times of holding a second summit earlier this year.

In September, Trump described the letters from Kim as “beautiful” and said, “We fell in love”. However, since that time, several private analysts have published reports recounting North Korea’s continuing development of nuclear and missile technology.

A meeting between Pompeo and Kim Yong-chol, set to take place last November in New York, was abruptly called off, and US officials explained at the time that North Korea cancelled the session. Furthermore, South Korean media reported that Kim Yong-chol delivered another letter from Kim Jong-un to the US President on Friday.

North Korea’s refusal to provide a detailed account of its nuclear and missile facilities in order to be inspected and verified under any potential deal to dismantle its nuclear weapons programme, was the reason that the talks had stalled.

Kim Jong-un expressed his frustration in an annual New Year’s address over the lack of progress in the negotiations. However, on a recent visit to Beijing, he said that North Korea would pursue a second summit “to achieve results which will be welcomed by the international community,” according to China’s official Xinhua news agency.

The North has demanded the US to put an end on tough economic penalties, and to provide security guarantees before taking any steps beyond its initial suspension of nuclear and missile tests.

Vice President, Mike Pence, said on Wednesday that the Trump-Kim Jong-un dialogue was “promising”, but “we still await concrete steps by North Korea to dismantle the nuclear weapons which threaten our people and our allies in the region.”