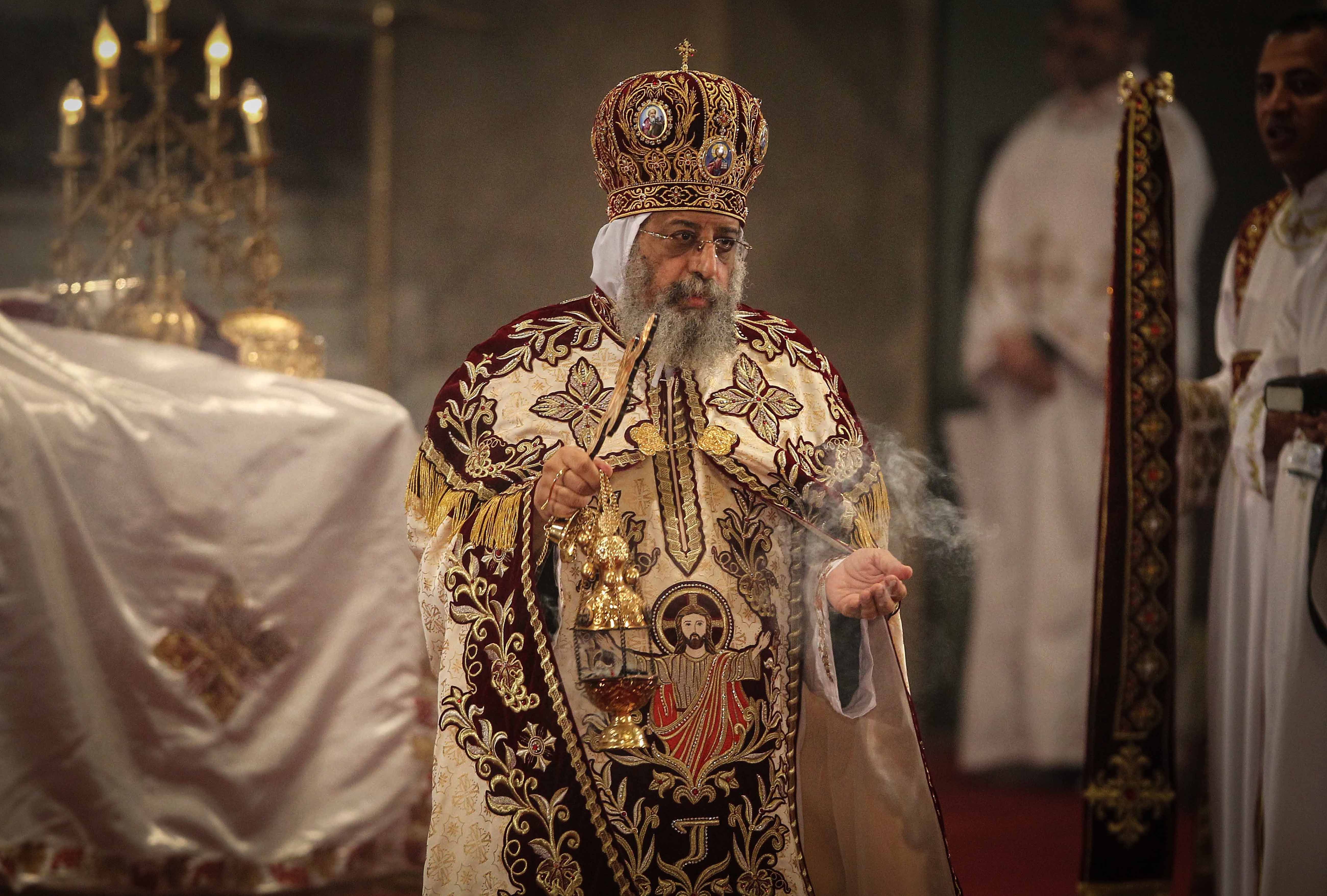 A raft of Coptic Orthodox priests, bishops, and archbishops took part in the mass.

Each year, the Coptic Orthodox Church celebrates on 19 January the Epiphany feast to commemorate the baptism of Jesus on both banks of the Jordan River, by St John the Baptist, marking him as the son of God.

Distinguishing the end of the 12 days of Christmas, the Eastern Christian Churches celebrated Epiphany on 19 January. Pilgrims go to the river, namely Qasr Al-Yahud, in the West Bank in occupied Palestine to recreate the baptism by immersing themselves in the river.

In order to secure Christian celebrations, the military and the interior ministry cooperated to safeguard the vital installations, churches, and main streets to ensure a safe environment.

The Epiphany mass takes place after Christmas, which is celebrated by the majority of Egyptian Copts on 7 January of each year, which is a national holiday, but some Christian sects commemorate it on 25 December.

In Jordon, the Greek Orthodox patriarch arrived on Friday at the Qasr el Yahud baptism site on the Jordan River, just east of the city of Jericho, in order to lead the ceremony for the Epiphany holiday.

In Ketera, the Tabot (replica of the Ark of the Covenant) is taken out of each church and borne aloft by high priests to the nearest river, lake, or pond where the communal baptism is to take place the next day.

In Russia, Russians traditionally celebrate the event by dunking themselves in frozen lakes or rivers blessed by Orthodox priests. Many believers cross themselves as they drop into holes cut into ice layers that cover most of Russia’s lakes and rivers in winter. Orthodox priests first bless the water before stepping aside to watch adherents take the chilling plunge.