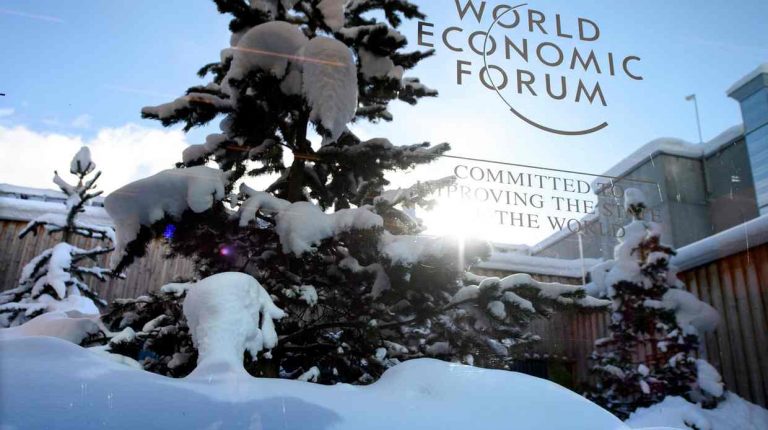 Davos – The World Economic Forum (WEF) Annual Meeting 2019 is to tackle peace, inclusiveness, and sustainability, as well as populism, convening under the theme, globalisation 4.0. The meeting is scheduled to start on 22-25 January in Davos-Klosters, Switzerland.

Daily News Egypt will participate in this year’s edition, take part, and provide extensive coverage of the global dialogue in the WEF’s annual meeting, which brings together over 3,000 leaders from business, government, civil society, academia, arts and culture, and media, as well as the foremost experts and young leaders from all over the world.

“This fourth wave of globalisation needs to be human-centred, inclusive, and sustainable. We are entering a period of profound global instability brought on by the technological disruption of the fourth industrial revolution and the realignment of geo-economics and geopolitical forces. We need principals from all stakeholder groups in Davos to summon the imagination and commitment necessary to tackle it,” said Klaus Schwab, founder and executive chairperson of the World Economic Forum.

Furthermore, sessions are organised in a series of global dialogues including geopolitics in a multiconceptual world, the future of the economy, industry systems and technology policy, risk resilience to promote systems thinking, human capital and society, as well as institutional reform to rethink the global institutional frameworks that emerged in the 20th century and adapting them to ensure relevancy for the new political, economic, and social context

The WEF’s latest global opinion poll released on Sunday, reveals that a clear majority of people in all regions of the world say they believe cooperation between nations is either extremely rare or very important.

The poll surveyed 10,000 people from every region of the world.

The WEF believe that the findings can be viewed as an endorsement by the public of the key principles of the multilateral system. It also roundly debunks the negative notion of immigrants that has raced to the top of the news agenda across Europe, North America, and elsewhere.

However, regional viewpoints differ. Asked how important it is that countries work together toward a common goal, 76% of survey respondents said they believe it is either extremely important or very important.

These sentiments are felt most strongly in South Asia and sub-Saharan Africa, where 88% share the same view, followed by Middle East and North Africa with 76%. At the other end of the scale, only 61% of Western Europeans and 70% of North Americans say they consider cooperation to be extremely rare or very important.

Moreover, South Asians registered the highest levels of concurrence, in response to a question about a country’s responsibility to help other countries in the world with 94% answering positively compared to a global average of 72%. On the other hand, North Americans and Western Europeans were the least effusive, with only 61% and 63% respectively answering in the affirmative.

While a global majority of respondents – 57% – say they believe that immigrants are “mostly good” for their new country, only 40% of those living in Eastern Europe and Central Asia and 46% of respondents in Western Europe subscribe to the same opinion. Perhaps unsurprisingly, given its history, North Americans trailed only South Asians in their approval of immigrants, with 66% saying they believe immigrants are mostly good.

“One finding that will surely prove valuable to the discussions is the fact that, while most people still believe in the power of international cooperation, they share a much less positive view of their own country when it comes to social progress,” the finding indicate.

Accordingly, this despondency at the lack of upward mobility is felt most acutely in Western Europe, where only 20% of respondents said they feel it is either extremely common or somewhat common for someone to be born poor and become rich through hard work.

On the contrary, 51% of respondents from MENA believed that it is either extremely common or somewhat common to achieve upward mobility in their country.

Respondents in the United States, where the ideal of the ‘American Dream’ is deeply rooted in the national consciousness, were only a little more positive with 34% saying they believe the statement to be either extremely or very common.

“The combination of climate change, income inequality, technology and geopolitics pose an existential threat to humanity. What we see with this research is that, while the international community’s capacity for concerted action appears constrained, the overwhelming desire of the global public is for leaders to find new ways to work together that will allow them to cooperate on these critical shared challenges we all face,” said Schwab.