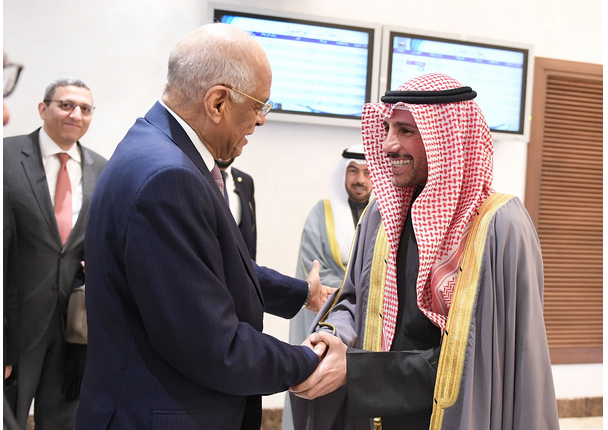 Parliament speaker, Ali Abdel Aal, arrived to Kuwait on Sunday to meet his counterpart, Marzouq Al-Ghanim, who was heading the delegation which received the Egyptian official.

This marks the first formal visit of the Egyptian Parliament to its Kuwaiti counterpart since the past nine years.

Al-Ghanim said that the Kuwaiti Parliament has been waiting for the visit for a long time, due to the importance and the status of the Egyptian people in the hearts of all the Kuwaiti people.

The Egyptian speaker who is heading the high-level delegation travelled on a five-day visit to Kuwait in order to enhance the bilateral relations between the two brotherly countries, as well as to strengthen cooperation between their parliaments.

The visit will include meetings between Abel Aal and members of his accompanying delegation with several Kuwaiti officials.