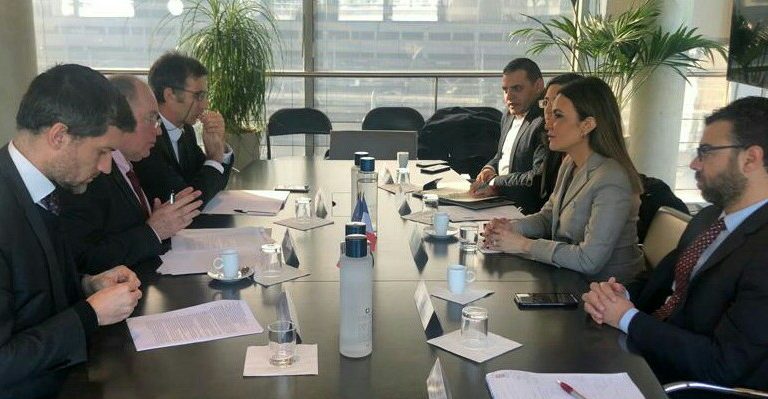 Egypt’s Minister of Investment and International Cooperation, Sahar Nasr, agreed with Philippe Bauduin, the deputy CEO at the French Development Agency (AFD) on a new strategy which gives the Egyptian peoples’ precedence as well as the country’s reform programme, according to a Sunday statement from the ministry of investment and international cooperation (MIIC).

Nasr met Bauduin in Paris during her participation in the Private Finance for Sustainable Development Conference, which is organised by the Organisation for Economic Cooperation and Development.

The statement also mentioned that both sides discussed the joint vision for the future of the Egyptian-French cooperation with developmental purposes, and the expected areas of collaboration in the coming period, such as small and medium enterprises, entrepreneurship, youth empowerment, women and capacity building, as well as support for social protection, in addition to projects which support the education and transport sectors.

As for Nasr, the minister noted that Egypt is keen on strengthening relations with France, adding that investment in human capital is a priority for both country’s political leadership, especially in the fields of education and health.

For his part, Bauduin affirmed his agency’s keenness on supporting Egypt’s economic programme during the coming period, in the light of France’s confidence in the Egyptian economy and its economic and legislative reforms, especially in the field of business and investment. Those reforms encourage the agency to finance and support the establishment of new developmental projects in Egypt.

Moreover, Bauduin explained that the agency supported many projects in Egypt worth €2bn, including the third line of the Cairo underground to cover the second and third phases, and financed several small and micro enterprises, as well as the funding of the delivery of natural gas to homes.

The AFD also supported Egypt in implementing some agricultural projects, the establishment of a 26MW photovoltaic power plant at Kom Ombo in Aswan, the construction of the Gulf of Suez wind plant, and the primary health care support project, as mentioned by Bauduin.