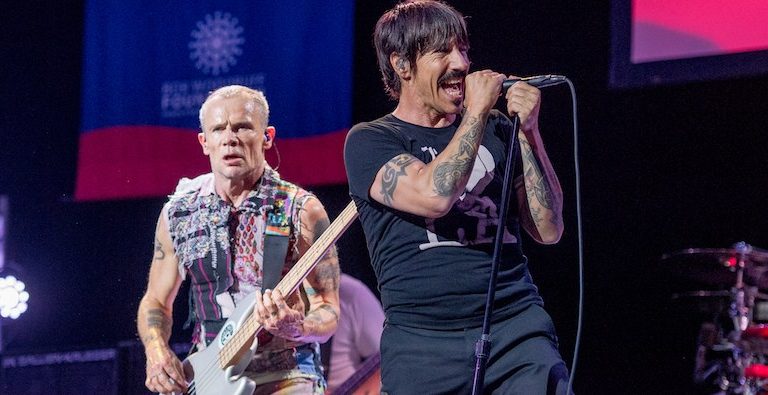 Along the Great Pyramids of Giza, few mega superstars managed to perform their concerts on the land of the pharaohs. The American rock band, the Red Hot Chili Peppers, will soon join the short list with the band’s first concert in Egypt, set to take place on March 15.

The concert will be the band’s last performance on their two-year international tour to takk place to promote their latest album, The Gateway.

Tickets were released on Friday morning for fans to purchase. The ‘general admission’ tickets are being sold for EGP 2,400, while the VIP ones are for EGP 4,600.

The band follow the footsteps of legendary artists such as Frank Sinatra, who performed in 1970, and Pink Floyd in 1971, who performed on the same stage.

The band is one of the most selling bands of all time. Their albums have sold over 80m records worldwide.

The band postponed their up-coming album preparations, due to the devastating Woolsey fire, which destroyed southern California last November, leaving behind four killed people and demolishing more than 1,500 homes and buildings.

“We started to work on [the new album], which, for us, is just getting in a room and making some noise and putting some notes together, and then the fires came, and the house we were working in – there was no damage, it didn’t burn down, but we couldn’t get back in there. So that halted our [progress],”Chad Smith, the band’s drummer told VOLUME West, a programme aired on Sirius XM Satellite Radio.