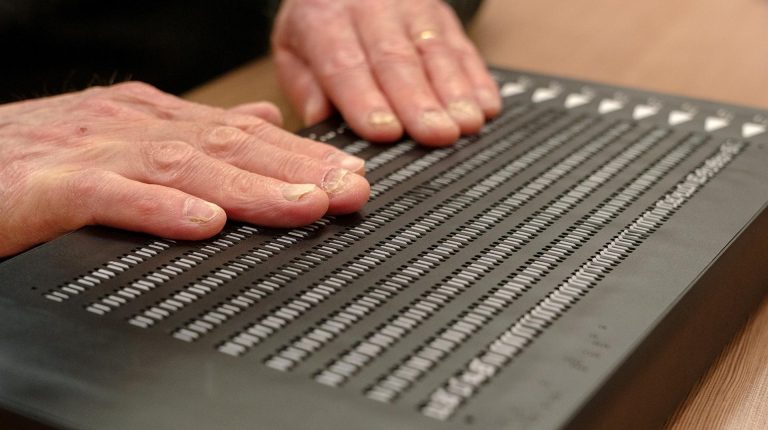 Bristol Braille Technology, a British tech company, plans to launch a new e-reader for the visually impaired people that would enhance their reading experience and spare them from lugging around hefty Braille books.

The device, called Canute 360, will be available for customers by the end of the year, Bristol announced. The device is a desktop e-reader which will support all six-dot Braille codes, and will include 360 cells, and three page-navigation buttons. It was originally developed for educational purposes.

Previously, the visually impaired struggled with the printed Braille books. Bristol hopes to change this situation through their new device, which it says will be the world’s first multi-line Braille e-reader, displaying nine lines of text at a time, or about one third of a page of regular print books.

The number of visually impaired people who can read Braille lettering, formed of one to six dots in a range of combinations, has fallen, partly due to advances in audio description technology. However, Bristol Braille says learning to read the new e-reader can significantly boost literacy and numeracy rates among visually impaired people.

Reuters spoke to Stephanie Sergeant, whose company Vision Through Sound worked with Bristol Braille, and she told them, “It refreshes a line at a time, starting at the top. So even though it takes a little while for all the lines to refresh, you can start reading almost as soon as you press the forward key.”

Sochi week 2 recap: More of the good, the bad, and the weird

Philanthropy during the curfew

Audiobook of ‘Catcher’ made for library service

Stevie Wonder to UN: Ease copyrights for the blind