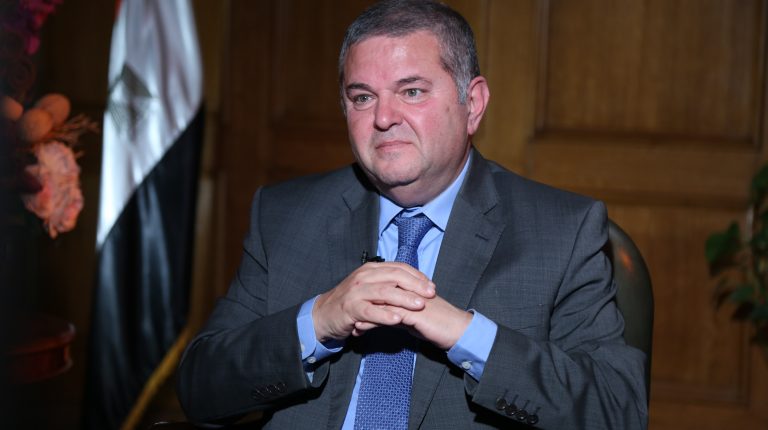 The Ministry of Public Enterprise Sector is working, in cooperation with the ministry of trade and industry, in order to reach an agreement with one of the international companies to revive El Nasr Automotive Manufacturing Company (El Nasr), where many memorandums of understanding have been sent over the past two months to the largest automobile manufacturers around the world. The ministry received several responses which reflect the interest of many international companies in investing in the revival of El Nasr.

There are current ongoing negotiations between the government’s officials and other four international companies, and it is likely to reach a number of six companies within a short timeframe. Moreover, a delegation from one of the four companies will arrive tomorrow to continue the talks on that matter. Analysts say that a final agreement will be reached in the first half (H1) of this year, which would put the automotive sector back on track.

The Public Enterprise Minister, Hisham Tawfik, stated that the main reason behind the revival of El Nasr is to localise the automotive industry in Egypt and export 50,000 cars annually, with local components estimated at 46%, and to follow the path of the Moroccan experience.

Tawfik also said that the Egyptian market enjoys the presence of 12 automotive producers which only assemble units in Egypt, while the local components included in these production lines remain under 17%, which is considered a modest ratio that does not match the history of the Egyptian automotive sector.

Moreover, he noted that the factories import the industry’s requirements to be assembled in Egypt, then claim that the production is Egyptian. “They are not. Egyptian production means manufacturing the components in Egypt from scratch,” he said.

Tawfik also believes that the investors of El Nasr will receive many incentives from the government, explaining that the investor, who is yet to be selected, will also have an assembled production, but with the addition of 46% of local components.

Tawfik also stressed that any attempt to inaugurate a car factory, on the same level of quality and efficiency of El Nasr’s, will not prove to be successful as the plant is built on an area of 900,000 sqm, and has a huge potential and equipment, to include buildings, paint workshops, and production lines, which already exist and do not need funds.

Tawfik ruled out placing El Nasr’s brand on the cars, as the goal will be to export, unless the foreign investor agrees to place the brand for the local market, which will remain up to the investor and the marketing plan.

El Nasr stopped production in 2009, and officials began to liquefy it, then the process stopped in 2015. The idea to revive the company has recently emerged.

The minister also referred to an important point, which is the Nisr Tires, as its production stopped several years ago. The brand was preferred by Egyptian consumers.

The Nisr Tires are produced by the Transport and Engineering Company in Semouha, Alexandria, and is currently focusing on the production of tractors and heavy transport vehicles.

Tawfik said that the ministry discussed with several international tire companies means to cooperate to establish a new factory in the Ameriya area. The collaboration will be with foreign investors through shares. The tires’ production will be decided at a later time, in order to decide on whether heavy transport vehicles’ tires, or light passenger cars’ tires will be manufactured.

Yet, it is likely that the trend will incline towards the passenger cars’ market, as the demand for tires in Egypt is up to 15m tires per year, while only 1.25m are locally produced.

Moreover, Tawfik stressed that the tire industry is complex and sophisticated, therefore the presence of a foreign partner is necessary in order to make sure to manufacture a product with the latest technology in that field.

El Nasr is built on 900,000 sqm, and is divided into two factories: El Nasr Automotive Manufacturing Company, and the Engineering Company for Cars.