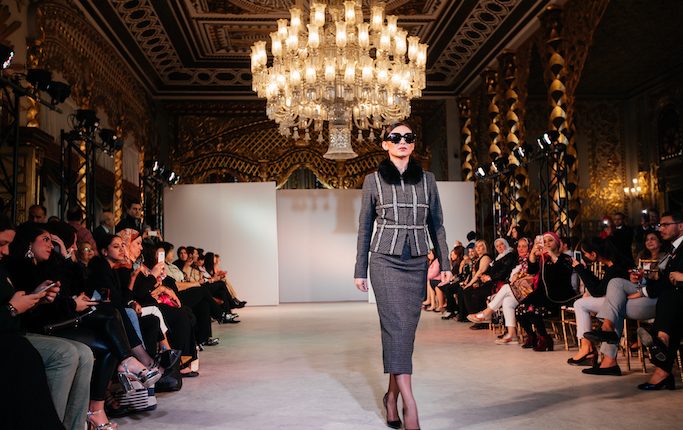 Nestled on the edge of the city, her beehive has been working around-the-clock for decades. From one generation to the next, the Bishara family has managed to follow the frantic pace of local fashion to constantly deliver relevant and contemporary styles. Every morning she heads to the place that she knows better than her own house. She walks through the heavy machines as they weave, dye, and put together a spectrum of ensembles. 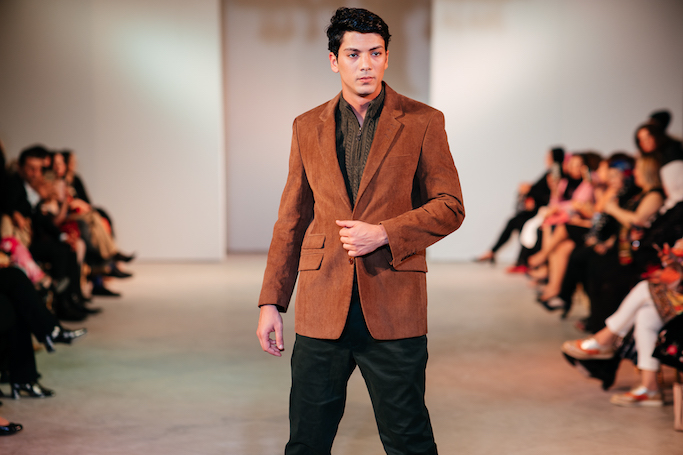 The busy rhythm and systematic moves of the vast factory have always moved in unison, similar to an independent universe, where sketches are turned into seasonal must-haves. Marie Louis is a veteran fashion aficionado, who has managed to continue her family’s legacy and resuscitate the local fashion industry several times.

Aside from operating one of the country’s largest apparel factories, she also manages a chain of retail stores around the country, as well as numerous fashion lines, for every member of the family. While her attention has always been divided between local production and international export, the designer has already participated numerous offshore shows.

In time for the new season, Louis decided to dedicate her attention to the local market. The designer recently celebrated the launch of her newest collection, which targets both genders—with a special concentration on bridal fashion.

“My inspiration came from the earth and the land. Most of the colours utilised were borrowed from Egyptian nature; the greenery that Egypt is synonymous with, as well as the vast surrounding desert,” Louis explained, adding “Accordingly, the collection’s pallet revolves around hues of olive, orange, brown and those colours that dominate the fall season.” Much like the hues often observed between the fallen tree leaves, the collection is both contemporary and nostalgic.

Depending on layering as a fashion method to survive extreme temperatures, the collection offers a wide diversity of shawls, coats, and faux fur options. “We wanted to deliver a subtle statement fuelled with unexpected colour combinations. Therefore, we included a variety of shocking fur outerwear such as the lemon-green fur jacket to maintain the theme,” shared the designer.

In parallel, Louis also included another theme, which was dominated by vibrant shades of turquoise and fuchsia. According to the designer, this mini story was inspired by precious stones, which Egypt is quite rich in. 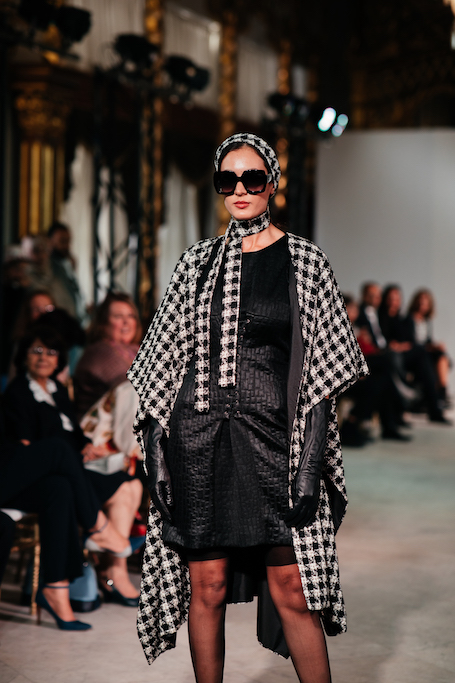 Aside from the eloquent colours selected for this collection, the designer was also inspired by an unforgettable moment in time. “The 1960s was a very important era for local fashion. It was a transitional period, which witnessed massive advancements,” said the designer passionately. Between the straight lines, delicate cuts, and Charleston trousers, the collection is peppered with all the retro trends that are currently making an evident comeback.

“This season has already brought back wide-leg trousers and capes, as well as the big volumes that Pierre Cardin used to favour. Therefore, I was keen to also give a nod to such an instrumental decade,” said the designer with her customary warm smile. Along with the tailored power looks for women and the smart outfits for 21st century men, the collection included a number of bridal dresses that indicate a new milestone for the brand.

The long-awaited collection was first showcased during a private fashion show. Organized in the heart of Manial Palace, the 45-minute show was attended by the industry’s most prominent experts and media representatives. It started with casual womenswear before delving into the designer’s timeless take on millennial menswear. Finally, the show was wrapped up with a number of white dresses, which brought fairy tales right to the runway.

The historic palace was an ideal choice for the nostalgic collection given its high ceilings, elaborate gold details, state-of-the-art pillars and grand chandlers; iconic details that went hand-in-hand with the garments, as well as the designer’s plan to base her newest creations on the country’s historic and natural wealth.

Given the brand’s long history, Marie Louis, BTM is already known for their grand fashion shows, which have previously taken place at breathtaking venues around the world. According to the designer, her recent hiatus from elaborate presentations was due to her pre-occupation with the operational side of her business.

“I have been quite busy recently. We have a vertical operation; starting from weaving to dying, printing, and finishing. Our main focus was exports, as well as our base of clients abroad,” shared the designer. However, she is now aware of the fact that the local market needs a revamp. Accordingly, the Fall/Winter 2018 season is in fact the ideal time for Louis to take care of the Egyptian market, especially following the recent fluctuation.

“Our products are currently very suitable to the market in terms of quality and price. It is the right time for a strong show to create the needed buzz,” declared the designer with apparent excitement. 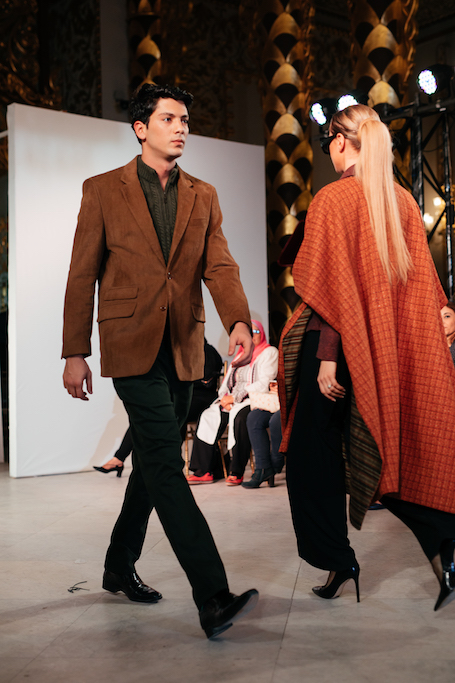 As the brand can only promise further growth and more collections that will be passed from one generation to the next, the Bishara family is currently also on the verge of launching their newest family member to take fashion as a lifetime passion and profession. Louis chose to introduce her daughter to the audience by the end of the show. Anne Marie Kirollos is Louis’s uber-talented daughter and the mastermind behind one of the country’s most anticipated brands.

“Anne Marie has been getting prepared since her childhood years. She has been taking part in all of my shows since the age of two or three, and she has always found her true passion backstage,” said the designer lovingly. The ambitious daughter surprised Louis at the age of 13 with her interest in designing. According to the designer, she could not believe at the time that talent and passion can pass from one generation to the next through mere genes.

“Seeing her sketches and love for this art made us further believe in her; it gave us strength to send her away for six years in order to get the education that she deserves.” Louis added “our entire family and I are eager to see Anne Marie take her first professional steps and shine as she lives her own dream.”