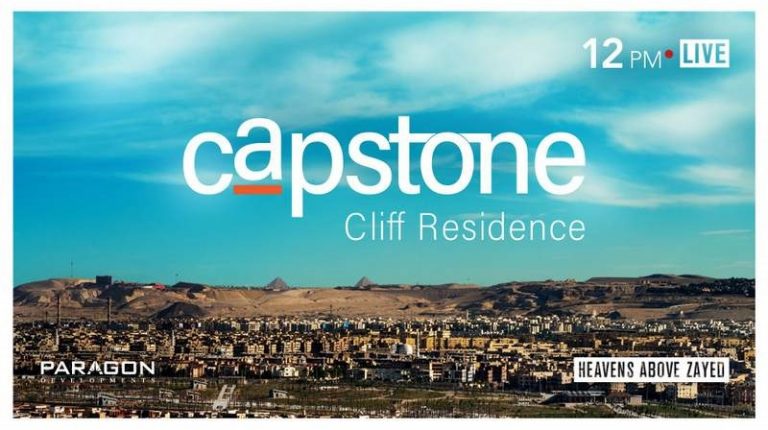 Paragon Developments, new real estate developer, backed by RCH Holding, a construction company for 30 years, has announced the launch of its new Capstone Cliff Residence project in Sheikh Zayed with EGP 1.75bn in investments on 88,000 sqm.

Mohamed Wageh, chairperson of Paragon, said: “This project represents the first of the company’s projects and it is being designed by a number of well-known consulting offices inside and outside Egypt.”

For his part, Mohamed Abdel Mordy, head of the commercial sector at Paragon, said that the project is located at the highest point in Sheikh Zayed City, at 220 sqm above sea level.

Abdel Mordy noted that the project comprises of 600 units ranging from residential units to villas, pointing out that the company provides different facilities in payment plan to suit all customers’ purchasing powers.

According to Abdel Mordy, the project’s built up area is 30% and the rest of the size of the project is being allocated for landscaping, adding the project is planned to be delivered by mid-2021.

Opinion: What we say when we talk about race

Youth: a compass for democratic change

To repay or not to repay debts?

Editorial: On the line: The crisis at Islam Online