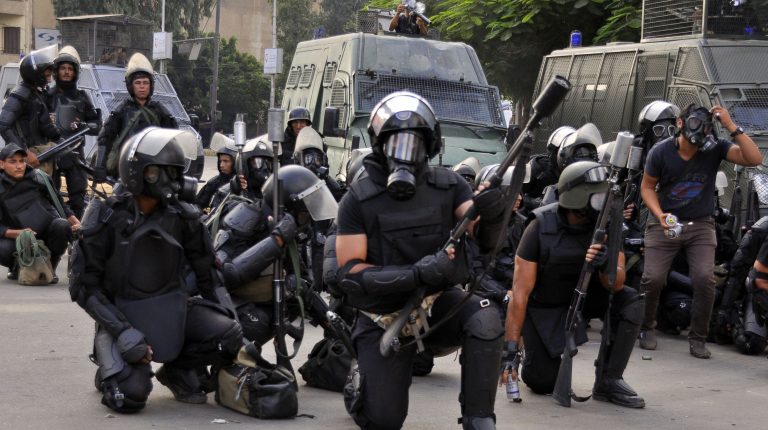 Egypt’s security forces killed on Tuesday five militants in a raid waged on a terrorist hideout near Qaliubiya, according to a statement by the Ministry of Interior.

“Security has identified a terrorist hideout belonging to the Muslim Brotherhood terrorist group, where they were planning to carry out a series of terrorist operations against vital properties and military and police personnel.

During the raid, the militants exchanged fire with the police forces, resulting in the death of five militants.

The forces found firearms, ammunition, explosive devices, tools, and materials used in manufacturing explosives in possession of the militants.

This incident came a few hours after a video released by the armed forces on Tuesday highlighting their efforts in coordination with the police to combat terrorism and illegal activities.

According to the video, a total of 59 militants were killed in the recent period by army and police forces.

The armed forces killed 44 militants in several raids in the Suez Canal cities and seized pistol-caliber rifles, improvised explosive devices, and explosive belts. The police forces also killed 15 other militants in a separate “pre-emptive” operation, but its location was not mentioned in the video.

A number of 142 criminal suspects were arrested and all necessary legal procedures were taken against them, the video said, adding that the forces also seized and destroyed15 vehicles and 43 motorcycles without number plates, belonging to the militants during the raids.

Additionally, the air forces destroyed 56 vehicles used by terrorists in the Western Desert of Egypt, and also defused 242 bombs that were targeting army forces. Several hideouts and ammunition stores were found in central and northern Sinai, the army said.

Moreover, the forces seized 85 vehicles and six motorcycles used in smuggling, in addition to 15 devices used in illegal mining. The army also thwarted an illegal immigration attempt of 2,189 people of different nationalities.

2 terrorists killed in shootout with police in Qaliubiya