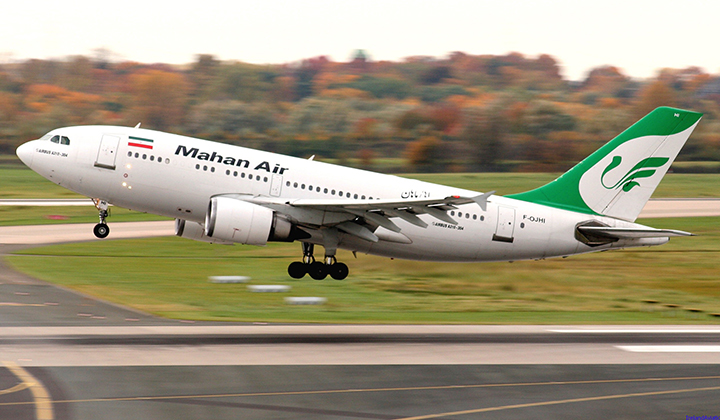 Germany has revoked the license of the Iranian airline, Mahan Air, accusing it of transporting military equipment and personnel to Syria and other Middle East war zones, the spokesperson of the German government Steffen Seibert said on Monday.

The German ban will now take immediate effect according to Seibert. He added that “the fact is it cannot be ruled out that this airline could be used to transport things into Germany that could have a security impact.”

Seibert denied that the decision to ban Mahan Air was the result of US pressure. This comes as many European countries have tried to maintain business relationships with Tehran but now some might follow Germany’s lead.

The US forced sanctions on Mahan Air during the presidency of Barack Obama in 2011 saying that the airline is providing financial, material, and technological support to the Islamic Revolutionary Guards, and it has been pressing its European allies to follow suit ever since.

“The US welcomes Germany’s decision to deny landing rights to Iran’s Mahan Air. The airline transports weapons and fighters across the Middle East, supporting the Iranian regime’s destructive ambitions around the region. We encourage all our allies to follow suit” said by the US Secretary of State, Mike Pompeo.

Additionally, the US ambassador in Berlin, Richard Grenell, welcomed the ban saying that “Iran’s use of Mahan Air to support the Assad regime in Syria, for example, has contributed to incredible human suffering, violence, and political instability felt across the world”.