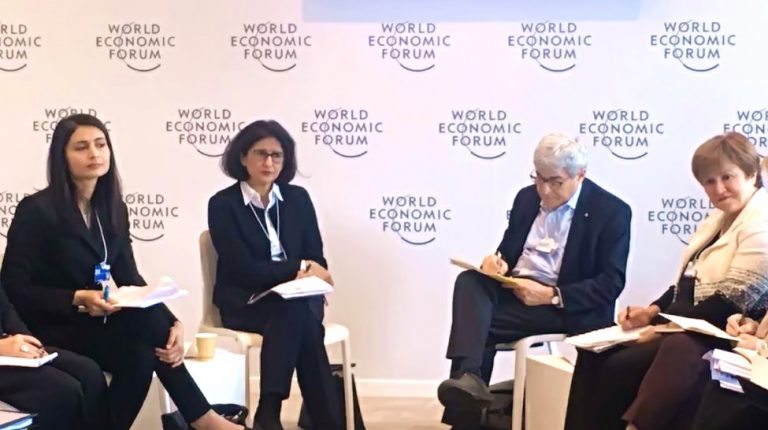 Sahar Nasr, Minister of Investment and International Cooperation (MIIC), participated in a meeting for supervising economic progress, during the World Economic Forum (WEF)’s annual meetings in Davos on Tuesday in the presence of Kristalina Georgieva, CEO the World Bank, Angel Gurria, secretary general of the Organisation for Economic Cooperation and Development, and other international representatives.

The MIIC’s 4-year strategy focuses on the structure reforms of the investment climate, mentioned Nasr, aiding that Egypt is encouraging the private sector to inject more investments into the country.

The private sector globally contributes with 90% of the offered job opportunities, finances over 60% of investments in developing countries, and contributes with more than 80% of government revenues in the middle-income countries.

Furthermore, the minister ensured the private sector’s role in supporting basic services such as banking, telecommunications, health, and education which contributes to informal economy reduction, provides jobs with secure and stable wages, and greatly contributes toward reducing unemployment and poverty levels.

Additionally, the minister explained that the authorities work on boosting the investors’ trust in to the economy’s outlook, through the establishment of an attractive environment for foreign and local investors to push the economic growth and improve living standards, restrict inflation rates while encouraging production and supporting the local products’ competitiveness.

The minister implemented Egypt’s investment map in coordination with the stakeholders ministries, which includes all investment opportunities in various projects.

Moreover, the minister affirmed that the country witnessed an increase of the private investments and the foundation of companies after the legislative reforms carried out by the ministry such as the Investment Law and amendments to the law of the capital market and companies.

The investor services’ centre includes about 66 representatives from different ministries, added the minister.