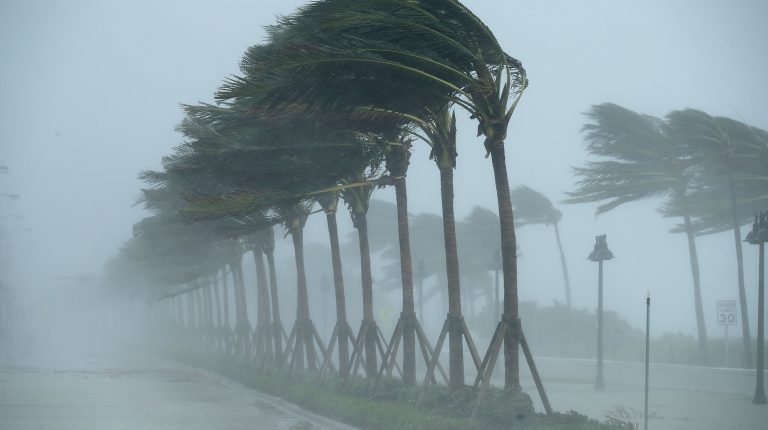 Every year, ocean waves are getting stronger and more destructive, so that the Sea level Rise (SLR) puts coastal areas at the forefront of the impacts of climate change.

Recently, scientists have found a correlation between climate change and wave behaviour, suggesting that the more temperatures rise, the stronger waves become.

The study, which was recently published in the Nature Communications journal, focused on the energy contained in ocean waves, which is transmitted from the wind and transformed into wave motion.

This metric, called wave power, has been increasing in direct association with chronological warming of the ocean surface. The upper ocean warming, measured as a rising trend in sea-surface temperatures, has influenced wind patterns globally, and this, in turn, is strengthening ocean waves.

Researchers from the University of California, Santa Cruz, discovered that the energy of ocean waves has been growing in direct correlation with the warming of the upper ocean. This is making waves stronger, and represents an influential marker of global warming on the marine climate which remained undetected.

Previous wave climate studies focused on certain parameters, such as wind speeds and wave heights, and identified changes in localised areas, and particularly for the extremes. However, this study focused on the energy transported by the waves, which is called wave power. Wave power represents the energy that is transferred from the wind to the ocean and generates waves that cross the ocean and transport this energy to our coastlines.

According to the study, the wave power includes some features that make it a particularly good indicator of how the global wave climate has been changing. This is relevant because it is why it can be a better indicator of long-term changes in the wave climate than other parameters previously used.

The wave power aggregates the information for both mean and extreme conditions, throughout seasons, so it represents over time how much energy there was. Note that, for example, values of wave heights need to be averaged, so we calculate the mean winter wave, or an extreme value associated with a certain probability.

However, this does not represent if there was a particular sequence of storms that was irregularly energetic over a season, as occurred in the winter of 2013/14 in the North Atlantic that impacted the west coast of Europe, or as occurs in the North Pacific during El Nino years. This means that two locations can have similar average values of wave heights but drastically different energy over a year depending on the storm activity, according to lead author Borja G Reguero, from the Institute of Marine Sciences at the University of California, Santa Cruz.

Explaining the correlation between climate change and the behaviour of waves, Reguero said that most of the heat imbalance pumped into the earth’s system is going into the ocean. Ocean heating is a critical marker of climate change. “Our study shows that this is affecting ocean-atmosphere interactions, and in turn winds, and the waves they generate and reach our shores,” he added.

This is one of the potentials of using global wave power as a new indicator of climate change. “Our study shows that wave power has been increasing in direct correlation with the increasing sea surface temperature, both globally and by ocean sub-regions. This puts wave power as a new marker of climate change, similarly to the global sea level rise, the rising temperatures, or the CO2 concentration,” the lead author said.

He explained further that when waves get stronger they have direct implications for coastal communities because wave energy is directly related to coastal processes, and has a direct effect on erosion and flooding. Wave action also shape our coastlines, and influence how and where we build coastal infrastructures, such as ports, and breakwaters.

Therefore, changes in wave action can influence navigation conditions, or can even be linked with the condition and evolution of coastal ecosystems such as coral reefs and salt marshes. When planning how to adapt, it will also be important to consider the changes in the wave climate, in addition to SLR because planning adjustment only for sea level rise might underestimate the potential consequences and the accommodation needs.

Reguero noted that coastal cities can adapt and manage the risk of coastal hazards such as flooding and erosion in different ways, including coastal protection from hard and soft such as nature-based solutions, but also through coastal zone management and policy.