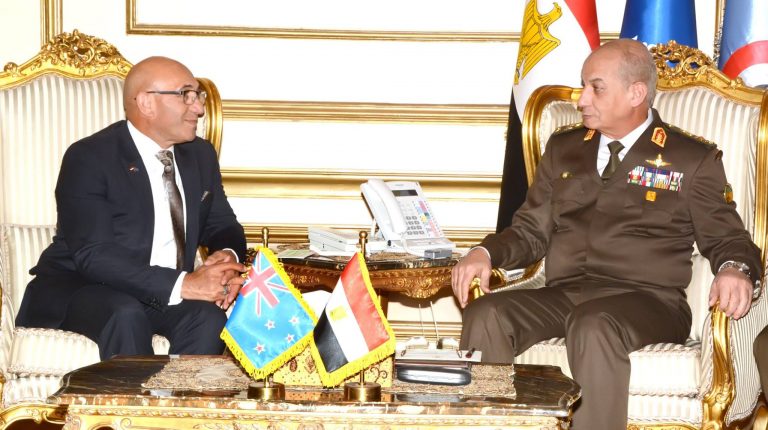 The meeting was attended by a number of military officials from the two sides and the New Zealand Ambassador to Cairo.

During the meeting, Zaki asserted the significance of the two countries’ relations, looking forward to bolstering bilateral coordination in the military sphere.

For his part, Mark praised the Egyptian military’s efforts to maintain the Arab national security and stability in the region.

Furthermore, Mark stated that his country is also looking forward to enhancing bilateral military coordination and cooperation in the coming period.