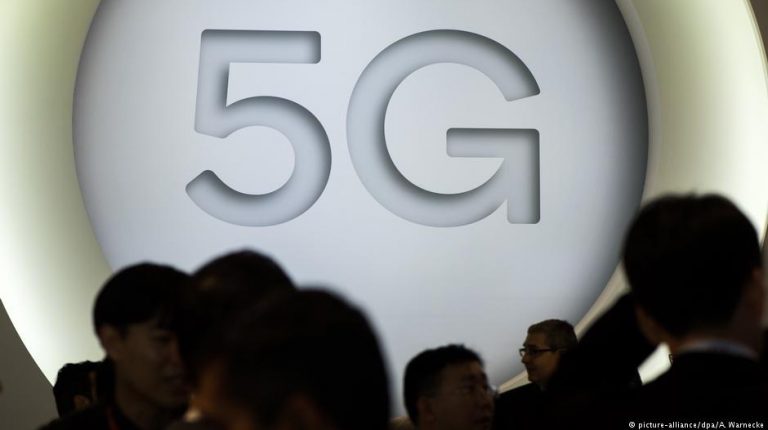 United Internet’s mobile unit 1&1 Drillisch will apply to take part in Germany’s auction of 5G licenses. The firms’ billionaire CEO said he wants to shake up the existing oligopoly, but market reaction was negative.United Internet's mobile unit 1&1 Drillisch confirmed late Thursday it will apply to take part in Germany's auction of 5G licenses as a primary deadline expires on Friday. The news failed, however, to convince the markets, with shares in both firms continuing to slide.

Unlike the existing operators — Deutsche Telekom, Vodafone, and Telefonica Deutschland — Drillisch is required to file a detailed submission by a deadline on Friday outlining its financing for 5G and which vendors it would work with.

Drillisch is reportedly in talks with China's ZTE and Nokia of Finland as vendor partners and said it has prepared €2.8 billion ($3.18 billion) in financing from a European banking consortium, plus own sources.

Germany is meanwhile considering a ban on Huawei equipment in the building of the country's 5G infrastructure, with US pressure also on European countries to stop other Chinese firms, including ZTE, being involved in their domestic telecom sectors.

Shaking up the sector?

Ralph Dommermuth, the billionaire CEO of both firms, said the move would shake up the existing oligopoly in Germany.

"Now we want to lay the foundation, as a fourth mobile network operator, to contribute to Germany becoming a leading 5G market," Dommermuth said after winning boardroom backing for the move.

A study by consulting firm P3 on behalf of the Green Party showed that radio coverage with the current 4G mobile communications standard in Germany lags far behind many other European countries.

The start of the auction is scheduled for this spring. By the end of 2022, the bidders will have to supply at least 98 percent of households per state, all federal highways, the key federal highways and railways with at least 100 megabits per second (Mbps).

The minimum bid is between €1.7 million and €5 million, depending on frequency and availability.

Investors were skeptical about the move. TecDax-listed Drillisch and United Internet shares fell after the announcement by 7.7 percent and 2.8 percent, respectively, on concerns they would give up their current profitable business as a virtual mobile network operator (MVNO) and have to borrow heavily to secure a license and build network infrastructure.

Since the announcement of interest in the auction in last summer, Drillisch has lost 43 percent of its value.

Critics say the three main players have the advantage that they already have their own nationwide network of radio masts, while United Internet has yet to set them up.

The company has said it already has a large fiber-optic network, a prerequisite to deal with the large amounts of data on the new generation network.

Germany's federal network regulator, the BNetzA, will also offer regional licenses on relatively easy terms for spectrum in the 3.8 Gigahertz and 26 Gigahertz range and several German car makers and industrial companies have said they will take part.

Volkswagen, the world's largest carmaker, said it will be able to run networks "inside the factory fence." Its premium car unit Audi is already working with Swedish network equipment supplier Ericsson to test a 5G laboratory.

Daimler, the luxury carmaker, said that in partnership with a network provider, it will deploy 5G with a view to implementing "smart" production methods.

German chemicals giant BASF said it will apply for a local 5G license as part of its drive to digitalize production.

Robert Bosch, the privately-held automotive supplier, said it will apply for local licenses to power its production facilities.

Read more: Berlin's dilemma: My way or the Huawei?

Industrial behemoth, Siemens, is interested in acquiring regional 5G licenses for its Siemensstadt production facility in Berlin and its plant in Erlangen. 5G is vital to make it possible for the machinery and equipment to communicate directly. "We can't wait for the network operators to be ready we are in the midst of Industrie 4.0," said a spokesman for Siemens, the industrial conglomerate based in Munich.