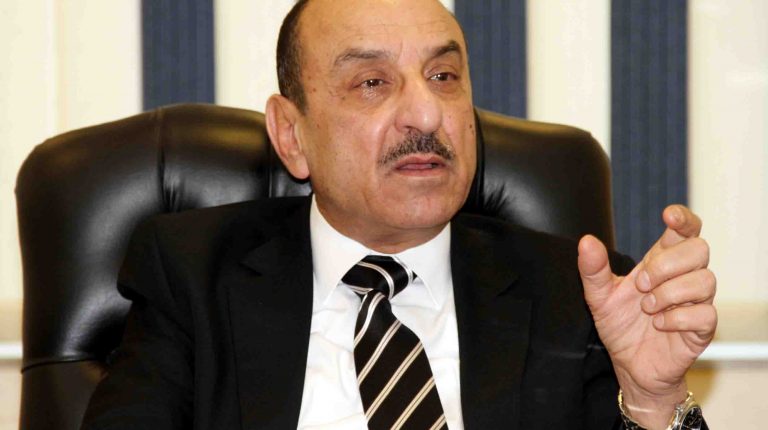 The board of directors of the Industrial Development Bank (IDB) aims to close the deferred losses file completely in the first half (H1) of 2019, according to Maged Fahmy, chairperson of the bank.

In an interview with Daily News Egypt, Fahmy said that the bank, under his chairmanship, dreams of the creation of a new strong and capable bank that can support the economy and serve different sectors.

He explained that the bank obtained the approval of the Central Bank of Egypt (CBE) to open nine new branches this year and aims to open 50 new branches in the coming five years.

He stressed that Egypt needs a cultural reform plan, along with the economic reform plan, to develop people’s awareness that we will not move one step forward without work and increased production.

And to the text of the interview, that transcript for which is below, lightly edited for clarity:

What dream do you wish to achieve for the bank during 2019?

I dream of ending all the problems that the bank suffers from, and to have a distinct role in financing development projects, specifically in the country, besides servicing limited-income groups and delivering the service of the state plan in development.

We believe that the bank is a unit of the banking system, although it aims for profit, but we believe that it has an important national and social role.

We dream that the bank will have an advanced status and position among the banks operating in the Egyptian market, in playing an important role for the national economy, especially for small and medium-sized enterprises (SMEs), as well as for the industrial sector.

When we took over the responsibility of the bank it was our utmost ambition to revive the bank. However, currently, the limits were removed after achieving recent amazing results. We are now dreaming of a novel beginning for a new bank which can support the economy and serve all sectors by providing the latest series. Our team can achieve that.

What steps has the bank management taken to achieve this dream?

In order to attain this dream there are steps and procedures already initiated that we aim to complete this year.

This includes finalising the main problems that the bank suffers from, and closing the opened files to get the bank back on its feet. Moreover, we aim to make the bank strong with a solid financial and administrative position and a strong infrastructure with a wide geographical spread. Later, we will discuss strengthening the capital base and increasing the bank’s capital.

We also aim to get the bank out of the problems it suffers from. We are assisted by the CBE with a supportive loan.

The deferred losses file is one of the most important files that have been hacked. What are the latest updates on that front?

The deferred losses are clear and can easily be solved. This can be done through selling some buildings and real estate belonging to the bank which are not used. As soon as this is done, the file will be closed. This is a mere matter of time.

IDB already has many untapped assets, such as its headquarters on Teseen street in New Cairo, the bank building on Al-Galaa street, and a number of other branches inside and outside Cairo.

The market value of these assets is currently around EGP 1.5bn. If sold, they can realise capital gains of some EGP 1bn.

The bank was planning to sell those assets already during 2018, in order to direct the value of those assets to close the loss file, but the sale was postponed for the current year.

We hope to close this file completely during H1 of 2019.

If this happens and the loss file is closed, we will go to the CBE to discuss how to increase the capital of the bank.

What has been done in the bank’s administrative restructuring?

I assumed responsibility for the bank, and there was a severe imbalance in the administrative structure of the bank.

To overcome this problem, PricewaterhouseCoopers was hired to work on an administrative restructuring of the bank. This has been already completed.

We also opened the door for early retirement options for those who wish to leave. They were granted decent compensations to guarantee a good life in addition to their monthly pensions.

At the same time, a number of employees were attracted from other banks and we hired fresh graduates to implement the development plans. We hired 40 graduates so far and we aim to reach 100 in the coming period.

This comes in tandem with the work of reassessing employees’ salaries to match the market.

The first phase of the administrative restructuring has been achieved. The second phase will be continued in 2019.

What about the plan of geographical spread?

We received the CBE’s approval to open nine new branches in 2019 to cover many areas in Cairo, Upper and Lower Egypt.

We currently have 18 branches in 16 locations. All these branches need to be restructured, developed, and redistributed.

We aim to open 50 branches within five years. We are presently replacing branches as well.

We also recently relocated the bank’s main departments to the new headquarters in downtown Cairo on Kasr Al Ainy street instead of being scattered around Cairo.

What about the technology file?

We were facing a real disaster regarding the bank’s technological infrastructure, both in terms of labour systems and security. We have worked on this file with great effort, and we have come a long way in the process of development and modernisation, so we recently received a prize from the CBE for being the fastest bank in developing its technological infrastructure.

The technology development process included updating all the bank’s servers and transferring them to a safe place. The corpbanking systems have also been updated in cooperation with a European-Jordanian company. And since assuming office, we have bought all the applications and software needed for modern technological products.

We are already planning to launch mobile and internet services in H1 of 2019 to cope with the trend of the banking sector.

What about the bank’s activity and the main economic sectors that the bank will focus on in the new year?

When I assumed responsibility for the bank, the size of the deposit portfolio was only EGP 2.1bn, which is very low. In October 2018, deposits hiked to EGP 14bn.

The loans portfolio was also about EGP 3bn, and now it is up to EGP 7.6bn, growing by over 100% even though we are taking a cautious less risky approach to accomplish this.

Of course, repeating such jumps in the future will not be easy, given the limited size of the bank, which would impede such swift improvements in the short-term.

As for the sectors the bank is focused on, despite the small size and circumstances of the bank, it is the fifth top bank, financing SMEs, and the fourth top bank with regards to mortgage financing toward- limited and medium-income citizens across the banking market.

The bank is also active in retail banking for development purposes, such as the delivery of natural gas to homes, and has so far delivered gas to about 125,000 units.

IDB has also financed the establishment of the commodity exchange, the Rubikki Leather City, and Damietta Furniture City. It is keen to finance any project that serves the development process.

The size of the retail banking for development purposes portfolio has reached EGP 1.250bn in two years, part of which was directed to limited-income groups’ mortgage financing as part of the CBE initiative, and the other was to deliver gas to households.

What about the growth rates that the bank aims to achieve during 2019?

Will the bank’s revenues be affected by the adjustment of the method of calculating government treasury bills and bonds tax?

It is not likely to affect revenues, as there are alternatives to investing in debt instruments: injecting more investments into credit, which are the banks’ main activity.

Unlike the market, I personally supported this move, because it will push banks to increase lending, especially as the climate is now very appropriate for this.

We see an increase in the volume of investments in the country, which means more projects that will need funding from banks, in addition to great interest in SMEs and development projects.

It is not smart to sit on our desks and keep putting money in debt instruments for high yield. The smart move is to employ the liquidity in loans, which is also what the Egyptian economy needs.

We must put more money in the market to push growth and development. This is the role of banks and this is the professionals’ league.

Does the country’s economic situation now pose any challenges to banks?

The situation of the Egyptian economy now looks promising. It does not pose any challenges to banks, but on the contrary, it enables banks to grow and expand and achieve more profits.

I always say to the pessimists, who accuse me of being always optimistic, where were we in 2013 and where do we stand now?

Yes, there have been significant increases in prices, and this is a pill we all have to swallow. Yet, there are very positive indicators at the level of state revenues.

The events in the past years call for a lot of optimism, especially at the level of gas discoveries, which contributed to Egypt’s gas sufficiency and exports.

Tourism has also begun to recover, and Egypt is now the second largest investment-attracting country in the region. What is left now is for us to work hard.

We need a cultural reform plan along with the economic reform plan. We need to develop people’s awareness that we will not move one step forward without work, effort, and increased production.

We complain only about increasing prices, without working or even changing the culture of consumption. We want a president who has a magic wand to solve all our problems without effort or action.

If we think at the personal, family and state level, the three aspects will only advance with work.

This was our thinking in the bank, where we were all convinced that the bank will not get out of the problems it suffers from, and will not move one step without the concerted efforts of all its employees.