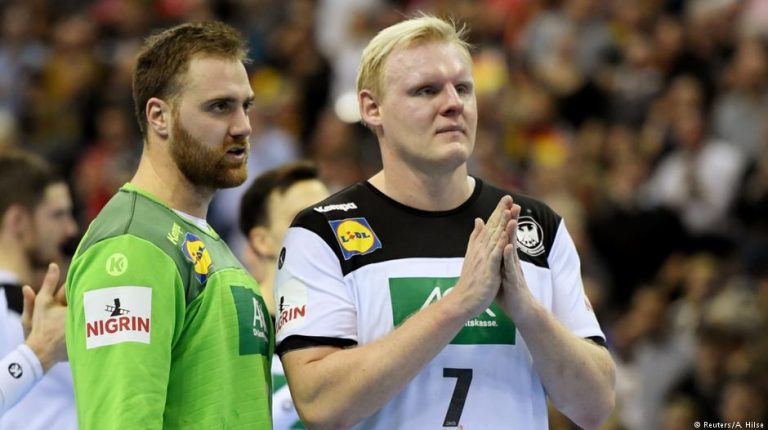 He became one of the stars of Germany’s team at the World Championship, but also suffered a tough semifinal loss: Patrick Wiencke talks to DW about the painful defeat but also the future of handball.DW: Patrick Wiencek, how painful is it that Germany's dream of gold is over?

Patrick Wiencek: It's a huge disappointment for us. We had a lot planned for this game and were desperate to make the final, but sadly Norway played better than us.

What did Norway do better?

They were strong defensively. We weren't able to score any easy goals and our defense wasn't as good as in previous games. We never really got control of the game. We battled, tried everything we could, but just couldn't find a way through.

Norway were more efficient in front of goal. What do you think this team is missing to make a World Championship final?

Tough to say. Today was the first game we lost at this tournament. I don't know how negative that is. The French lost by nearly 10 goals [Denmark beat France 38-30 in the other semifinal]. Of course, we imagined things going differently but you get games where things just don't work out for you and this was one of those. Now we have to shrug it off and do better in the bronze-medal game against France.

Are you frustrated by the refereeing performance tonight?

No. We know that they've taken an odd line during this tournament, but that's true for both sides and so today's result wasn't because of the referees.

The Germany team took another step in their development at this tournament. What will this team and German handball take from this?

I think we've sparked excitement around Germany and we want to keep hold of that. We want to do more of the same, establish ourselves even more and then see what the future will bring.

In 2007, a similiar feeling accompanied a World Championship in Germany, but waned afterwards. Will interest for handball be more sustained this time?

I'm not a soothsayer, but I hope we can keep this excitement going. Handball is a cool sport and belongs, behind football, in the number two spot in Germany. We players will do all we can to keep people interested.

Denmark or Norway – who will win gold?

In all honesty, I don't really care. They'll decide that themselves. I just want to win the bronze-medal match.

You won the World Championship at youth level. Do you think you can achieve the same with this team?

I think if we continue this way, then we definitely have a chance.

This interview was conducted by Joscha Weber.