The dollar price at banks operating in the domestic market has lost more than 22 piasters against the Egyptian pound on Sunday, in the wake of the high supply of dollars against the lack of demand. 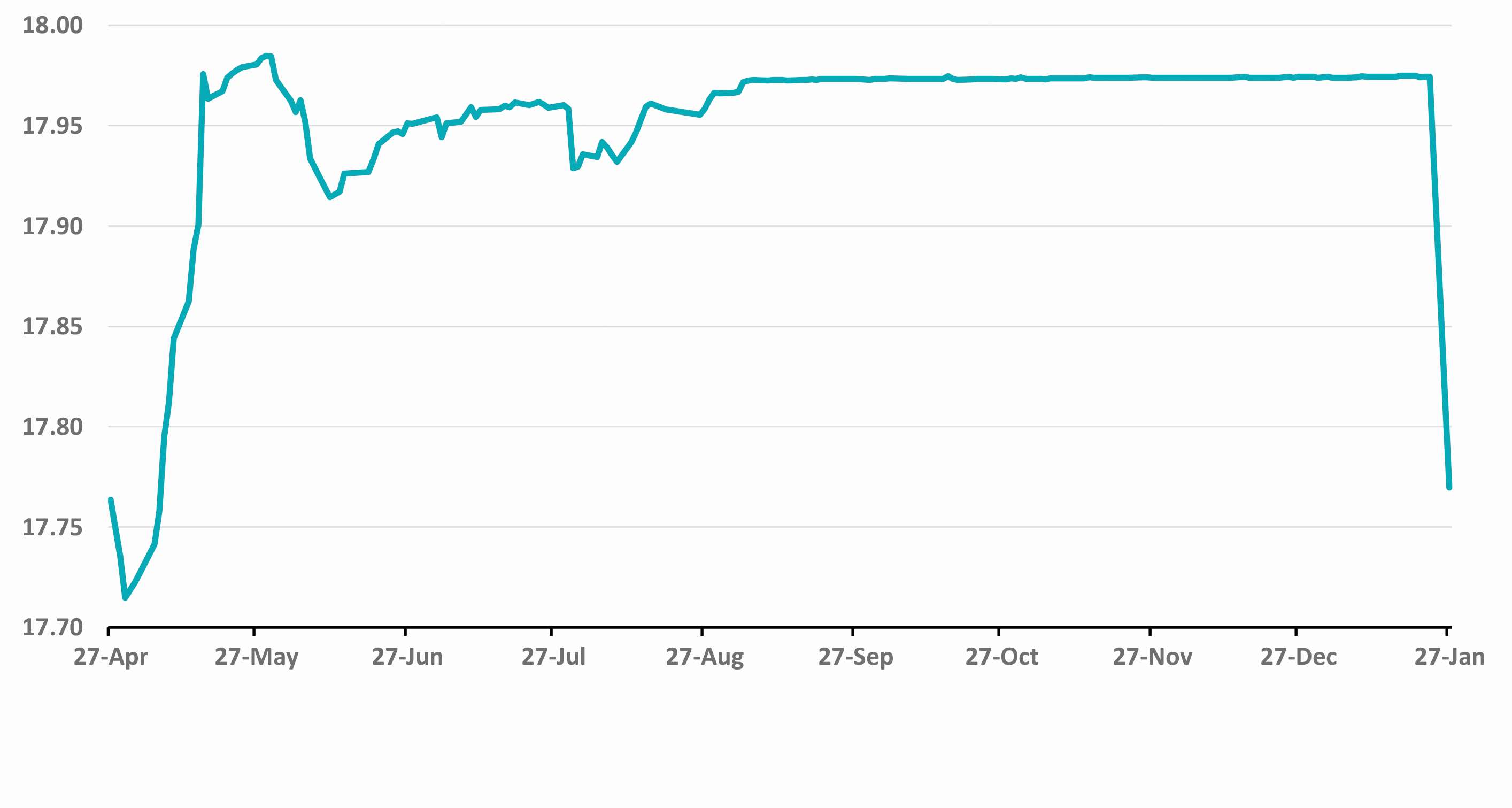 At the Arab African International Bank, the exchange rate fell by 20 piasters to EGP 17.65 to buy and EGP 17.75 to sell. The same rate was recorded at Credit Agricole and the Suez Canal Bank.

According to a senior banker speaking to the Daily News Egypt, banks on Sunday witnessed a great deal of dollar exposure by individuals and companies. In contrast, the demand for the US currency stopped.

The source attributed this development to strong expectations in the market of a significant decline in the dollar value during the coming period, after statements on the exchange market made by the CBE Governor Tarek Amer to Bloomberg last week.

“We are committed to ensuring a free market subject to supply and demand. But we have reserves that help us counter any speculators or unregulated market practices,” Amer said.

“Reserves help us defend the new foreign exchange system and the interest rate can be used as a tool.”

According to the source, the market understood that Amer may indicate the possibility of a decline in the price of the dollar in the coming period, which rushed US dollar holders to get rid of the greenback, while companies and individuals stopped buying.

Bloomberg had expected the governor’s comments to reassure foreign investors who follow Egypt’s economic policy as the country approaches the completion of the three-year extended facility agreement worth $12bn with the International Monetary Fund (IMF).

The source pointed out that Amer’s confirmation of Egypt’s receipt of the IMF loan payment at the end of January or early February at the latest also contributed to spreading the spirit of optimism in the market and supported the possibility of a further decline in the dollar during the coming period.

Mohamed Abdel Aal, a member of the board of directors of the Suez Canal Bank and the Arab Sudanese Bank, said that Egypt witnessed an inflow of $1bn in foreign investments in government debt instruments in January, which marked a noticeable improvement in the volume of foreign assets in banks operating in the local market, after a few months of decline.

He added that the foreign exchange resources also witnessed a significant recovery during the last period, mainly from tourism revenues and from remittances of Egyptians working abroad, which also contributed to increasing the proceeds of the banking sector from foreign exchange, thus increasing the supply of the dollar in the interbank market, as well as the free market between banks and clients.

He pointed out that the CBE is subjecting the elements of its policy and banking systems to a variety of tests to measure their ability to withstand the pressures and potential risks.

“In my view; the exchange rate mechanism since the float has passed a range of consecutive and a variety of pressure tests,” Abdel Aal said.

Furthermore, he pointed out that Amer’s remarks may be a type of smart test, pointing out that the Egyptian Exchange market has been subjected to many pressures and came out of them with overwhelming success, including the abolition of the mechanism of entry and exit of foreign investors through the CBE to the interbank market.

Moreover, he said that the movement of the exchange rate upwards and downwards through the interbank is required to give the mechanism the lifeline which is the freedom to determine the price according to the supply and demand conditions.

He added that the CBE will be ready with its tools and mechanisms to counter speculations, which is a legitimate move done by all central banks around the world. The CBE can intervene to buy and sell to reestablish balance in the market, or through raising or lowering interest rates.