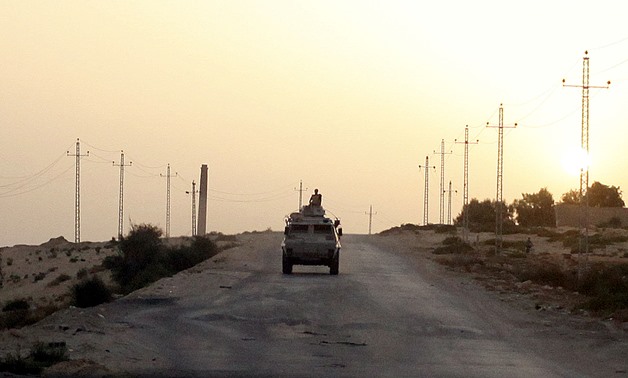 During 2018, Egypt observed a decline in terrorist attacks compared to the last four years, as recent researches showed, however the danger is still ever present, as militant groups in North Sinai are updating their tactics and targets to seize state efforts’ pillars.

Almost a year ago, the Egyptian armed forces launched a massive military operation named ‘Sinai 2018’ aimed to combat terrorism, insurgency, and criminal elements in central and north Sinai, the Nile Delta region, and the Western Desert. The operation involved the army, navy, air force, border patrol and the police.

Through 30 statements till the moment, the army declared that hundreds of suspected terrorists were killed or arrested, and large amounts of ammunition and heavy weapons were confiscated, as well as hundreds of explosive devices were defused. The military also announced the thwarting of dozens of “aggressive” attacks targeting its officers and military camps, security checkpoints, as well as civilians.

Meanwhile, the foreign ministry also stated the killing and arrest of suspect militants in different fire exchanges and raids across the country, affirming the prevention of dozens of planned aggressive attacks from taking place.

Since the toppling of former Islamist president Mohamed Morsi in 2013, Egypt has been fighting the insurgency led by the Islamic State (IS) terrorist group’s branch in Sinai. IS militants claimed most of the terrorist attacks which hit the country since then, killing hundreds of security officers, Christians, and even Muslims.

The Ansar Beit Al-Maqdis has been active in the Sinai Peninsula since 2011. In November 2014, the group changed its name to Wilayat Sinai (the governate of Sinai) after it pledged allegiance to the IS. The group expanded its attacks outside the peninsula to Cairo and other governates, focusing its targets on security forces.
Outside Sinai, dozens of dangerous and high profile attacks have taken place in recent years including the Farafra checkpoint attack which killed 22 soldiers in July 2014, the assassination attempt of Interior Minister Mohamed Ibrahim in May 2013, and the killing of the country’s Prosecutor General Hisham Barakat in a car bomb in June 2015.

However, in 2018, the massive attacks allegedly decreased, and Egypt could eventually breathe a sigh of relief, after the Libyan National Army announced the arrest of Hisham Al-Ashmawy in Derna, in Libya last October—the most wanted militant who Egyptian authorities accused of orchestrating the previous attacks.

Al-Ashmawy was the leader of the Al-Qaeda-aligned militant group, Al-Murabiteen, and a former Egyptian Special Forces commander who was fired from the army in 2011 after he displayed radical tendencies. 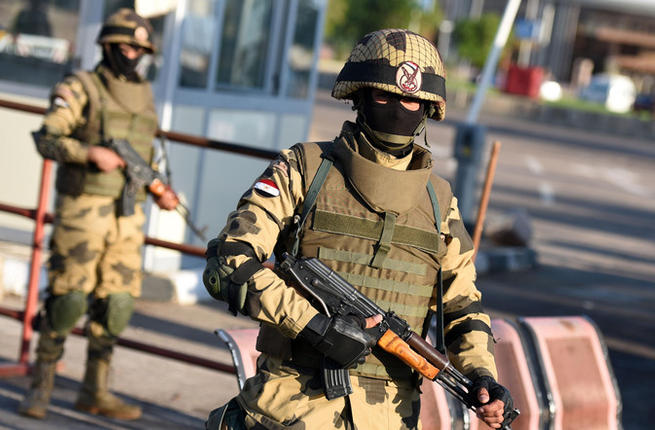 Egypt has declared war against militants to fight terrorism in its hideouts in the heart of the country and its borders. However, security forces are still mostly depending on security measures, sometimes pre-emptive strikes, but is the security solution enough rid Egypt from terrorism?

“There’s an enduring debate among political scientists about the best approach to fight terrorism. Most scholars believe that democracies are at a disadvantage because they cannot crush political dissidents,” Max Abrahms, a professor of Political Science at North-eastern University, and author of the new book Rules for Rebels: The Science of Victory in Militant History, informed DNE.

Abrahms reported that his own research suggests that “democracies are better at counterterrorism precisely because they do not overreact to terrorists as overreaction helps them to thrive by breeding a new generation of terrorists.”

“My research also shows that terrorism tends to strengthen authoritarian leaders, empowering them by convincing the public to support more hardline policies against terrorists,” Abrahms noted.

Abrahms added, “in that sense, terrorism is politically counterproductive. Economically, though, terrorism is quite effective especially at harming the tourism sector. Egyptians know this first-hand.”

On the other hand, Colin Clarke, a senior research fellow at The Soufan Centre in New York City, believes that “the best-case scenario is mitigating the threat, which entails not only a kinetic approach to counter-terrorism but also a focus on providing services to marginalised populations that might lend support to groups espousing radical ideologies or promoting political violence,” Clarke informed DNE.

On 30 December 2018, Egypt’s State Information Service (SIS) released a report entitled “Terrorism is dying in Egypt.” The report stated that the Sinai 2018 operations “led to a sizable decrease in terrorist activities and in the number of attacks.”

It added that the year of 2018 “witnessed the smallest number of attacks in the past 5 years. Only 8 attacks took place in 2018, 5 of them were primitive IED attacks and some of them failed to achieve their sordid aims.”

“This shows that the frequency and number of terrorist attacks have subsided to a great extent in comparison with previous years, as we have witnessed 222 attacks in 2014, 199 attacks in 2016, and 50 attacks in 2017,” the report argued.

Furthermore, the report suggested that the number of victims of terrorism has decreased due to the fall in the number of attacks. “Which is “concrete proof of the success of the Sinai 2018 operations,” the report noted.

It also affirmed that the military operation in Sinai “has compelled terrorist groups to make major changes to their methods of executing attacks.”

Samir Ghattas, the head of Cairo-based Middle East Forum for Strategic Studies, agreed that there is a decline in terrorism volume in 2018, but noted the last two months (November and December 2018) and the first month of 2019 changed everything.

Ghattas referred to the Al-Minya attack which resulted in the killing of seven pilgrims when IS gunmen opened fire on three buses on their way to a monastery in November. While in December, three Vietnamese tourists and their Egyptian tour guide were killed when a roadside bomb blast hit their tour bus near the Pyramids of Giza. The last one took place early in January, when a police officer was killed while attempting to defuse a bomb found near a church in Cairo.

According to a recent report issued by the Middle East Forum for Strategic Studies, there is a notable decrease in the numbers of operations in Sinai and Egyptian governates in 2018, compared to 2014, 2016, and 2017, which observed a higher number of attacks. The report suggested that the military and security comprehensive and coordinated attacks against the militants were the reason.

Furthermore, the report added that the decline in the number of terrorists killed by security forces refers to their “withdrawal and their avoidance of confrontation,” which also suggested they are updating different tactics.

Ghattas revealed to DNE that he does not predict that the terrorism will completely disappea in 2019, however he said it might decrease. “Security forces are still depending on security solutions, while militants are changing their tactics, weapons and targets,” Ghattas articulated.

Moreover, Ghattas argued that the state has to take different measures to counter militant groups including modifying the religious curriculum, and even removing any texts that incite hate among people as well as the renewal of religious discourse.

“The state has been addressing renewing the religious discourse over the past five years, but nothing has changed. You still have Salifists and extremists who forbid congratulating Christians for their festivals,” Ghattas noted.

Additionally, Ghattas concluded that the economic situation also contributes to recruiting militants. “Of course, it is not the only factor as most famous terrorists were not poor. But is its one of the most critical elements of terrorism.”