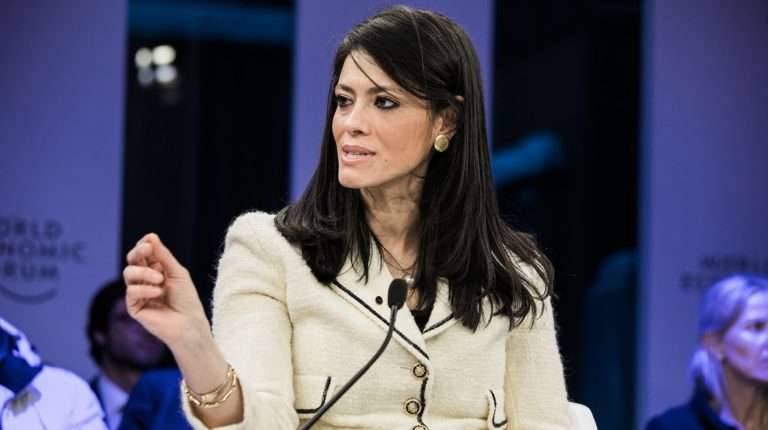 Notably, following the plane crash, Russia imposed a travel ban on Egypt, while the UK suspended all flights to Sharm El-Sheikh amid concerns over the airport’s security measures, banning travel to Sinai

Meanwhile, since 2018 the sector began to revive again, regaining its position once more, as Egypt is a country strategically located on both the Mediterranean and Red Seas, with incredible gorgeous sandy beaches, astonishing landscapes, a warm winter climate, and, undoubtedly the world’s largest collection of historical sites, temples, pyramids, and artefacts

Thus Earlier, Minister of Tourism, Rania-Al-Mashat, said earlier that the number of tourists to Egypt increased by 40% during the first nine months of 2018 (9M18), compared to the same period last year.

Furthermore, an overwhelming majority of tourism experts are projecting that 2019 is the year of opportunities for the tourism sector, thus Daily News Egypt (DNE) was eager to learn from the Minister of Tourism, Rania Al-Mashat, about the ministry’s upcoming plans.

Notably, the minister stated during the 2019 World Economic Forum’s annual meeting in Davos, that 2018 was one of the strongest years for Egypt’s tourism, asserting that the ministry aims to further boost the sector during 2019.

Al-Mashat told DNE that the ministry’s vision is based on reaching a sustainable tourism sector through implementing structural reforms which will strengthen the sector’s competitiveness, and are with international standards.

“My ultimate objective as the minister of tourism is to eventually have at least one individual from each Egyptian household working either directly or indirectly in the tourism sector,” she added.

In terms of the government’s plans which aim to develop the tourism sector, the minister noted that there is a structural reform programme which includes different pillars, such as institutional reforms, legislative reforms, promotion and marketing activities, infrastructural and tourism development, as well as the global trends programme.

Al-Mashat revealed, “We are also looking forward to complete developmental projects in 67 touristic areas, through expanding Egypt’s current capacity of 89,993 hotel rooms to a total of 238,114 rooms, by completing the ongoing construction of 55,121 rooms in touristic areas, as well as fostering the construction of additional 183,000 rooms subject to the supervision of the ministry’s Tourism Development Authority (TDA).”

She further elaborated, “In addition to enhancing the existing infrastructure in the TDA’s touristic areas to include 168 water desalination stations with capacity of 222,516 cubic metres per day, 226 sewage treatment stations, 508 electric generators and stations with a capacity of 380.2MW, 478km of road network, as well as  technical and financial support for urban touristic destinations in governorates which are excluded from the TDA’s jurisdiction in order to create new job opportunities.”

Moreover, Al-Mashat pointed out that the ministry is planning to set a strategy for sustainable tourism development to extend until 2030, which aims to diversify Egypt’s tourism product, increase the number of tourists’ nights in the country, as well as create direct and indirect employment with the community’s integration.”

Discussing Egypt’s touristic base, the minister declared that the ministry aims to diversify the revenue streams and increase the sector’s resilience by attracting new markets. She explained that this could be achieved through increasing promotional efforts in new source markets, including Asia (particularly China), East Europe (especially Ukraine), and Latin America. This could be carried out through organising workshops with Arab states (particularly countries of the Gulf Cooperation Council) in order to determine the most effective promotion tools, in addition to participating in national and international conferences to promote Egypt as an attractive and an all-year-long touristic destination.

She revealed that during the period from January to October 2018, European tourists represented 61% of the total number of tourists who visited Egypt during that period, while tourists from the Middle East represented 21.68%, Africa only 7.15%, Asia with 5.62%, and America with 3.94%, while other countries represented only 0.61%.

Furthermore, the minister stated, “We are also seeking to launch a People to People (P2P) campaign, which will portray Egypt not only as a prime touristic destination, but will also shed light on the diversity of the Egyptian people by showcasing Egyptians who master various disciplines to include art, sports, music, and culinary activities.”

“The P2P intends to shift tourists’ perception on the one hand, and encourages community engagement on the other hand,” Al-Mashat explained.

She ensured that sustainable tourism is not just about places, but is also about the people and communities living in those locations.

The ministry is also looking forward toward promoting the opening of the Grand Egyptian Museum, one of the largest museums in the world.

Moreover, Al-Mashat stated that the ministry seeks also to adopt modern, digital, and competitive promotion approaches through branding by 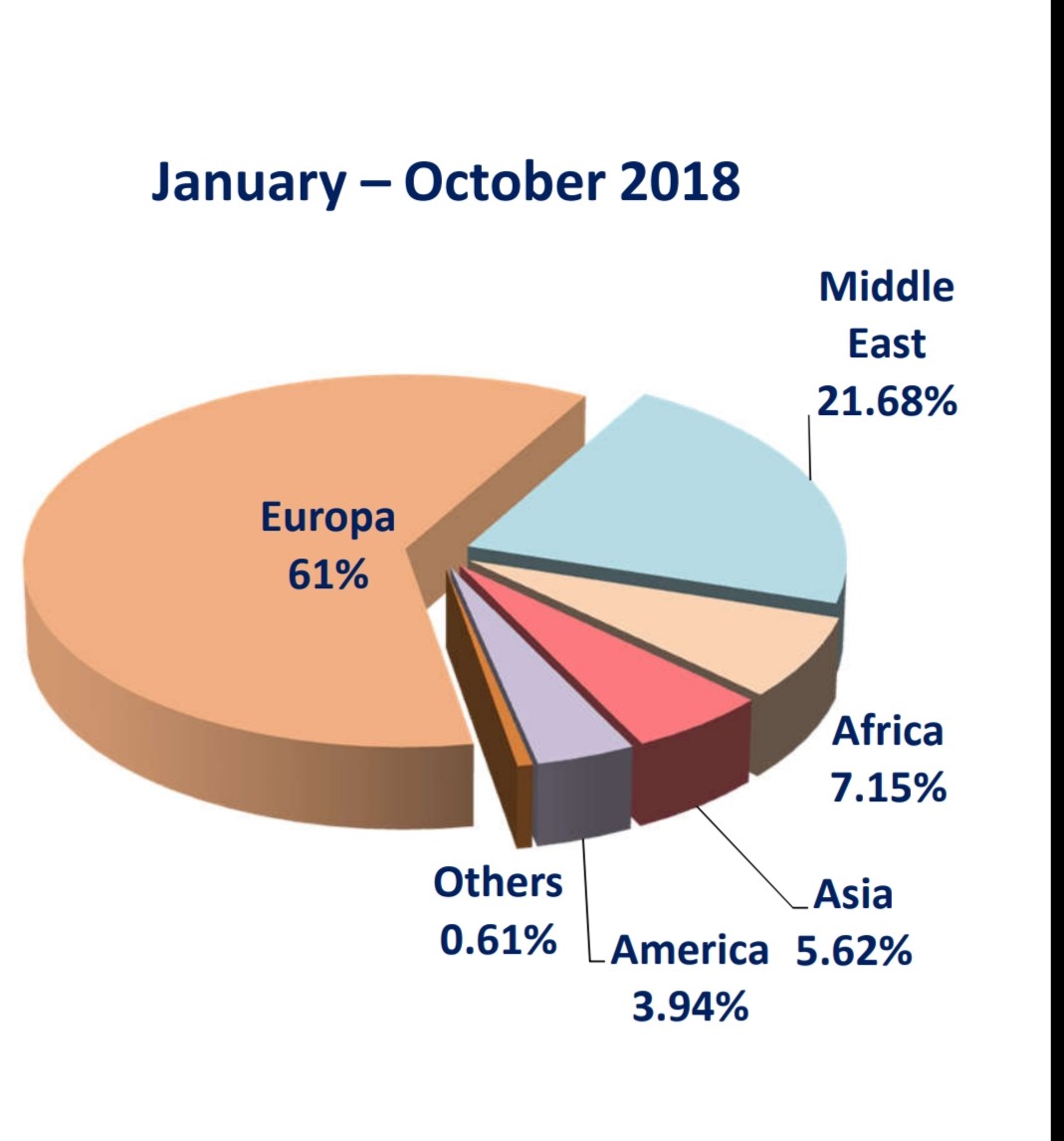 destination, creating an identity for each of Egypt’s tourism destinations, in addition to launching new campaigns in order to showcase Egypt’s contemporary dimension.

She also assured that utilising the ministry’s presence at international travel exhibitions in order to employ its full promotional potential—while focusing on quality not quantity—is very important.

“Our goal is to improve and elevate the skillset of the tourism sector’s workforce, through different procedures such as cooperating with the private sector, technical and vocational education training, reaching out to donors and supporting civil society organisations, in order to conduct training courses to improve employee skills, and also through rehabilitating and restructuring the ministry’s training centres,” she declared.

Moreover, Al- Mashat continued, “This is in addition to building a pool of accredited trainers and specialists in the various tourism fields, developing and updating the training programmes according to the latest international standards, and establishing a unified accreditation system in order to ensure a streamlined standard of qualification for the entire workforce, which will be issued by the ministry.”

Likewise, the minster explained that her ministry also plans to ensure that the quantity of the workforce, and its quality, meet the labour market’s needs, by implementing a plan to enhance the graduates’ of hotel and tourism faculties qualifications in order to meet the sector’s requirements.

Over and above, Al-Mashat stated that the sector will also be enhanced through developing specialised technical training programmes for graduates and job seekers in various tourism fields, setting criteria for job admissions in cooperation with the responsible chamber, conducting comprehensive assessments of the ministry’s staff training needs, as well as developing programmes in order to enhance the employees’ soft skills.

“Moreover, we seek to redefine our partnerships with the various intergovernmental organisations and foreign developmental agencies, in order to work toward achieving the sustainable development goals (SDGs) through identifying crosscutting areas regarding the SDGs and tourism, and by identifying national partner ministries to cooperate with on various sustainable tourism projects, in addition to pinpointing international partners to collaborate with, implementing sustainable tourism projects as well as establish a ‘Sustainable Tourism Unit’ within the ministry,” she noted.

Similarly, Al-Mashat stated that the government seeks to integrate the local community and enhance their development—especially those who live around Egyptian cultural heritage sites—in collaboration with international donors through implementing a USAID project on “Sustainable Investment in Tourism in Egypt”, which aims to link cultural heritage assets to tourism developmental activities, and to improve the skills of workers, in collaboration with the ministry of antiquities.

“The ministry wants to ensure that existing international grants are utilised effectively in order to meet the ministry’s vision, through monitoring all the grants provided to the ministry by the various donors, reviewing all the bilateral agreements to ensure their effective utilisation, and through exploring cooperation opportunities with new donors to make use of foreign expertise,” she elaborated

Plus, Al-Mashat revealed, “Our plan also includes liaising and supervising the Hajj and Umrah in order to ensure the successful completion of each season.”

Commenting on the private equity fund, the minster explained that it aims to restructure financially impaired hotels and other tourism establishments through establishing a hotel development fund in order to provide them with capital, which enables the ministry to conduct the necessary investments. The ministry is also coordinating with experts in order to manage the fund, and with Egyptian banks with the purpose of restructuring the debt incurred from the tourism sector’s establishments.