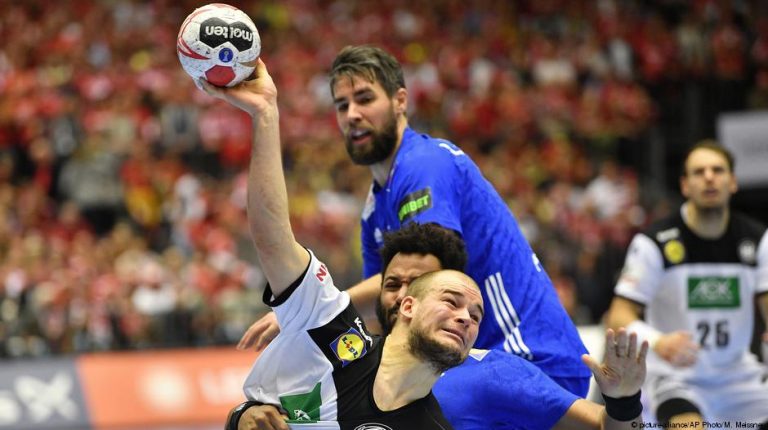 Despite a brave performance from goalkeeper Andreas Wolff, Germany’s efforts at the 2019 World Men’s Handball Championship have not been rewarded with a medal. The tournament has nevertheless been considered a success.Germany's quest for a first world championships medal in twelve years was finally ended by six-times champions France, as Christian Prokop's team narrowly lost 26-25 (13-9) in Herning, Denmark.

Despite Friday's semfinal defeat to Norway in Hamburg, Germany produced a display worthy of a bronze medal. But German hearts were broken in the final seconds when Nikola Karabatic scored the winner for France.

Germany got off to a positive start and took a 9-6 lead after 17 minutes – but then followed a nine-minute period in which the co-hosts didn't manage a single goal.

That allowed France to draw level, but then the German offence woke up again and established another four-goal lead to take a comfortable cushion going into half-time – thanks also to a superb display from goalkeeper Andreas Wolff, who saved 54% of the shots thrown at him.

But within seven minutes of the restart, the French had once again drawn level and this time, they didn't let up.

Nevertheless, even without a medal, the German handball federation (DHB) can still count the 2019 championship as a success. A total of 900,000 fans packed the arenas over the course of the tournament while television audiences increased throughout – 11.9 million watched the semifinal defeat to Norway, compared to just 6.1 million who tuned into the opener against South Korea.

"We wanted to create a new enthusiasm for our sport," said captain Uwe Gensheimer.

That aim has certainly been achieved, but there was to be no dream ending to Germany's handball fairytale.