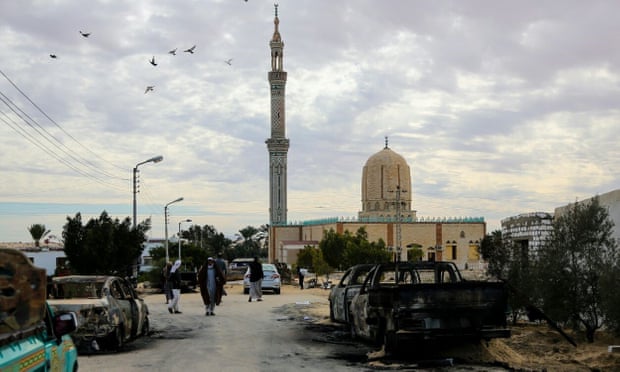 North Sinai has been a theatre of battles between the Egyptian security forces and the Islamic State (IS)-affiliated militants in recent years, who were blamed for killing hundreds of police and military officers, Christians, and even Muslims.

A state of emergency has been imposed in the governorate since October 2014, following the Karam Al-Qawadis checkpoint attack which killed and wounded dozens of army officers.

In order to improve the living conditions of Sinai residents amid ongoing fighting especially in Al-Arish and Sheikh Zuwaid cities, the cabinet launched several initiatives during the last years, including the Sinai development project.

The Sinai project, which cost EGP 275bn, aims to secure thousands of job opportunities and develop the governate in the fields of infrastructure, transport, and agriculture.

Around 300 houses were delivered last November to the Al-Rawda mosque terrorist attack victims and their families, according to the Governor of the North Sinai Mohamed Abdel Fadil Shousha.

Shousha stated at that time that the houses were provided by Al-Azhar institute, the ministries of investment and endowments, and the Orman Charity Association.

In November 2017, over 300 Muslim worshipers, including children, were killed and hundreds were wounded in a bloody attack against Al-Rawda mosque during Friday prayer. The attack was considered the deadliest in Egypt’s modern history. IS militants claimed responsibility for the attack.

Meanwhile, the military announced that dozens of schools were established, in cooperation with a number of NGOs, over the last year to improve the educational system in the governorate. The new schools include classes, sports facilities, computer cubicles, laboratories, and a library, according to the military.

Most schools were closed, and the educational process was suspended during the ongoing fighting. However, the Education Directorate in the governate and Al-Arish University announced the schools’ reopening in October last year.