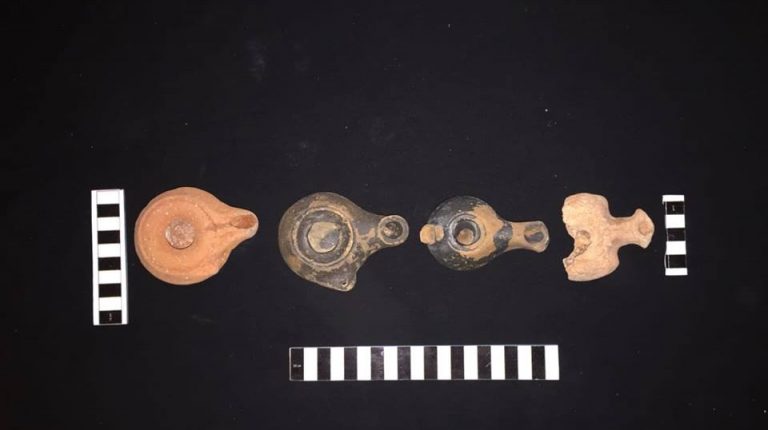 The Ministry of Antiquities announced on Sunday the unearthing of remains of a wine press factory at the Terogi archaeological site in Abu Al-Matamir city, Beheira governorate.

The excavation mission also discovered wine restoration pots used in the factory surrounded by a large brick walls and a residence building near it.

Moustafa Waziri, secretary-general of the Supreme Council of Antiquities, stated in a press release that the discovery is very important because it resembles a unique architecture design of wine press factories.

“The restoration units had thick walls made of bricks in different sizes and spaces in order to preserve wine,” he said.

For his side, Ayman Ashmawy, head of the antiquities ministry’s ancient Egyptian antiquities sector, stated that the restoration blocks were built of different bricks, some of them evenly cut, while others differ in size and shape.

“Most likely the units were built that way in order to control a suitable temperature to preserve the wine,” he explained.

Ashmawy also added that the wine made in that area was known to be the best in the region during the Greek and Roman eras.

The mission also unearthed a number of ovens in which pottery pots were found inside.

The pottery pieces are believed to belong to different ancient eras, starting from the Polyatomic era to Islamic reign.

A number of coins were also found inside the factory indicating the wine trade that occurred in the area. The stamped coins indicate a wide trade volume between Egypt, Greece, and Cyprus.

Topics: Beheira The Ministry of Antiquities