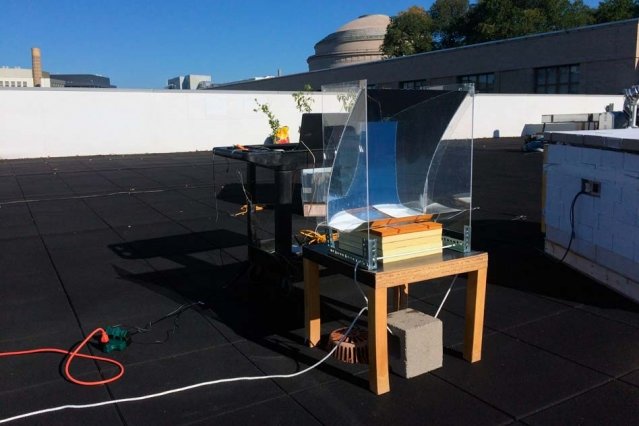 Egypt has reached the predicament of water scarcity, this is what the government has stated and what was also confirmed by statements from the speaker of the parliament Ali Abdel Aal late in December.

For its part, the ministry of irrigation and water resources started applying a programme of various steps to increase the welfare of water and adapt to the current and future situation. However, what has occurred made Egypt, the “gift of the Nile” -as Herodotus the Greek historian said- run out of the Nile’s water.

The government blames overpopulation of increasing the demand on water, and as population is expected to double in the next 50 years, Egypt is projected to have a critical countrywide fresh water and food shortage by 2025, according to a study conducted by the Geological Society of America (GSA).

Here we investigate the role of science in helping to solve Egypt’s water dilemma.

Egypt is depending on the Nile flow to provide about 97% of its present water needs with only 660 cubic metres per person, one of the world’s lowest annual per capita water shares. Meanwhile, Ethiopia is continuing to construct the Ethiopian Renaissance Dam, which is believed to threaten Egypt’s water security.

Elfatih A B Eltahir, professor of Hydrology and Climate at the Massachusetts Institute of Technology, Boston, the US, said that Egypt was not consulted when the Great Ethiopian Renaissance Dam (GERD) was announced.

In order to effectively address the conflict on the Nile water between the three countries, (Ethiopia, Egypt, and Sudan) the key is not to focus on how we fill a reservoir behind a dam here or there, but instead to address the root cause of the problem by finding ways to curb population growth, and nurture soil fertility across the Nile basin, Eltahir informed Daily News Egypt.

Furthermore, Eltahir proposes some necessary elements to achieve sustainable agreement on sharing water between Ethiopia, Egypt, and Sudan. The five elements include reaching an agreement between the three countries on curtailing the rate of population growth, and a commitment from the three countries to invest in new agricultural technologies such as better seeds, greater use of fertilisers, and efficient water use technology including more efficient use of water for cropland irrigation, such as drip irrigation, is necessary.

He also suggests rather than obstructing the efforts for building the GERD, the two downstream countries (especially Egypt) should commit to playing the role of a reliable customer for Ethiopian electricity, sold at fair market price. In his opinion, this should ensure a sustained flux of currency from Egypt to Ethiopia, which would finance badly needed development plans and help to sustain the Ethiopian economy.

Given the natural disparity in the distribution of rainfall between Ethiopia and Egypt, Ethiopia should develop its rain-fed agriculture instead of irrigated agriculture, while ensuring a sustainable annual flux of water downstream, close to the current rate of flow into Sudan, to be divided in a separate agreement between Sudan and Egypt, Eltahir says.

He added that the countries of the Eastern Nile Basin should develop a common regional approach to incorporate the potential impacts of climate change on rainfall and river flow in any negotiated agreement.

Science always has the solution, and one of the solutions for the water crisis was conducted by researchers from the Massachusetts Institute of Technology. They built a new device which is able to turn heat into desalinated, distilled drinking water.

The device soaks up enough heat from the sun to boil water and produce superheated steam hotter than 100 degrees Celsius, without any expensive optics.

According to the study which was published recently in the Nature Communications journal, on a sunny day, the structure can passively pump out steam hot enough to sterilise medical equipment, as well as to use in cooking and cleaning.

Moreover, the steam could also be used to supply heat to industrial processes.

Findings of the study pointed out that the device is working in the presence of the sun, but does not require a bright sun; the device can be operated with solar flows of less than 1000 watts per square metre and with the help of solar condensates at times when solar radiation is low.

“It’s a completely passive system-you just leave it outside to absorb sunlight. You could scale this up to something that could be used in remote climates to generate enough drinking water for a family, or sterilise equipment for one operating room,” said Thomas Cooper, assistant professor of Mechanical Engineering at York University, and lead author of the study.

He added that each cubic metre of the area occupied by the device produces 2.5 litres of distilled water daily in a place with daily solar radiation estimated at 6 kWh per cubic metre.

Researchers have identified new drought-resistant plant genes that could cope with the water scarcity. Also cultivating rice could help in decreasing the salinity in the soil of Egypt’s coastal governorates.

One of the Egyptian local experiences in this regard, is the experience of Professor of Genetics at the Faculty of Agriculture, Zagazig University, Saeed Soliman, who was working for a long time in developing a new species of drought-resistant rice and which uses less amounts of water.

Speaking to DNE, Soliman said that he has developed a species of rice named ‘Oraby’ after the political leader Ahmed Oraby who is the symbol of Zagazig university. The age of that species of engineered rice takes about 120 days compared to 145 days for normal rice. He added that Oraby rice could be cultivated twice a year.

Oraby rice could be cultivated in all kinds of land, as it was successfully cultivated in Tushka in sandy soil, and in clay soil. According to Soliman it is possible to cultivate two million feddan of the engineered rice with the same amount of water which is allocated to irrigate one million feddan of normal rice, and Oraby rice will achieve an increase in productivity by 2 million tonnes of rice, meaning one tonne per feddan.

For arid countries-like Egypt-scientists at the University of California, Berkeley, have developed a device that produces water from dry desert air, using sunlight only. The method depends on developing a molecular powder, a metal-organic framework (MOF), that is highly porous and acts like a sponge to absorb water.

According to the study, which was published in the Science Advances journal, the powder is saturated with water during moist and cool nights after it is packed in a frame in a Plexiglas box. After that it releases water as sunlight heats it up during the day, and then the resultant water condenses on the side of the box which was kept open at night and it closes during the day. The process takes a 24 hours (normal day).

Another solution that could help in decreasing the crises are depending on ground water as well as seawater desalination in order to meet the domestic demand for water. A new study pointed out that the domestic water sector is one of the largest water consumers in Egypt, using over 16% of the total renewable water resources.

Egypt is urgently required to have its plan to face the increase in the current consumption of domestic water from around 9.2bn cubic metres in 2016 to about 15bn cubic metres of water by 2040 from alternatives to the Nile waters, according to findings of the study that was published in the American Journal of Engineering Research (AJER).

According to the study, domestic water in Egypt is diverted from two main sources. The first source is surface water (SW) which supplies about 88.99% and the second one is groundwater, which supplies about 10.77% of total demands and about 0.24% from sea water desalination. The major factor that affects the amount of diverted water for domestic use is the efficiency of the delivery networks.

“Groundwater and seawater desalination are together a promising source for meeting the future water needs of Egypt. By 2040 Egypt will need additional 5bn cubic metres to meet the domestic use of water to reach the needed amount 15bn cubic metres,” according to the study.

It added that the Egyptian groundwater stock is fresh and has few levels of salinity, thus allows for meeting the future demand of domestic water. It is also cheaper than seawater desalination.