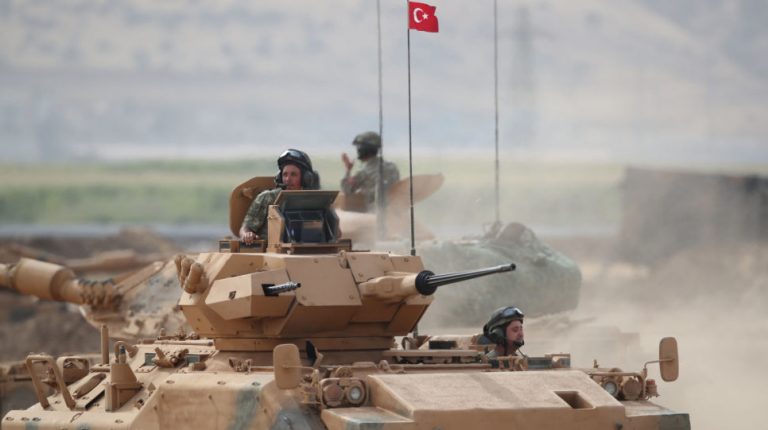 Iraq’s Ministry of Foreign Affairs summoned on Sunday the Turkish ambassador in Baghdad to protest the murder of a national demonstrator by the Turkish army in the Duhok governorate, in the Iraqi-Kurdistan region.

The ministry said in a statement that it rejects the repeated Turkish violations of the Iraqi airspace which breach the country’s sovereignty and threaten citizens’ lives.

“Iraq firmly condemns any transgression of the security and sovereignty of Iraq or the use of its territory to attack any neighbouring country,” according to the statement.

It added that maintaining the sovereignty of Iraq and ensuring the security of its citizens are the government’s main duty.

The demonstrators said that four Iraqi civilians were killed in a Turkish raid launched recently on Kurdish fighters.

Turkey’s Ministry of Defence accused the Kurdish Workers Party of inciting this protest against Ankara and attacking its military base. The party was banned in Turkey and classified as a terrorist group.