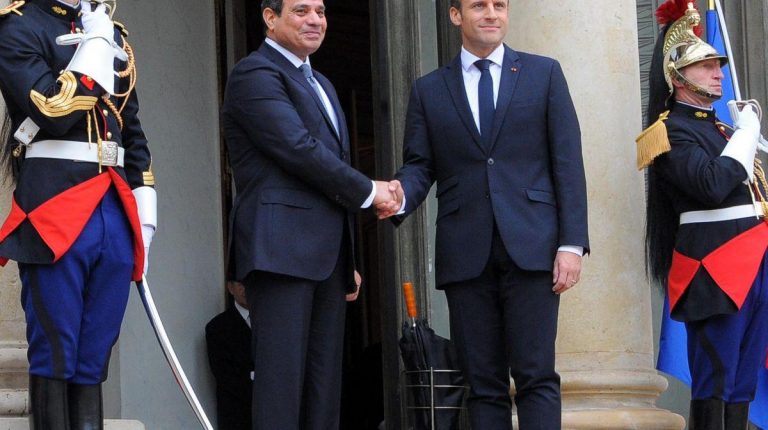 Egyptian-French relations are based on historical and cultural foundations. The scientific mission that accompanied the French campaign against Egypt led the deciphering of the Rosetta stone and read the ancient Egyptian hieroglyphic language.

Egypt and France maintained distinguished relations in the modern era on the political, economic, cultural, educational levels as well as in many other fields.

On the economic level, the cooperation between the two countries was diverse in direct investment, commercial exchange, and preferential financing. On the military level, a number of military agreements have been concluded. Bilateral military exercises run biannually on Egyptian territory. Both countries participated in a naval exercise known as ‘Cleopatra.’

Throughout the past two centuries relations were constant which helped the political and diplomatic work between both countries to flourish.

Official visits between the two countries, reaching 20 since November 2014, reflect the meeting in opinions towards joint issues of concern, topped by the Palestinian cause, the Libyan crisis, in addition to the mutual desire to strengthen partnerships, since two centuries, in the economic, military and cultural fields, according to the State Information Service (SIS).