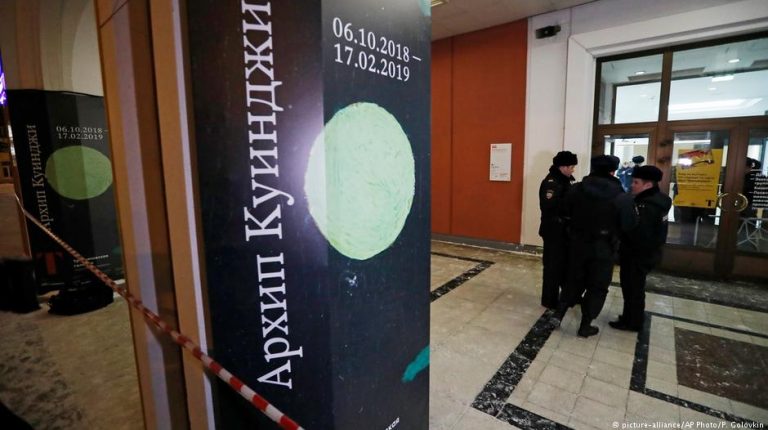 Museumgoers looked on as a painting was taken from Moscow’s Tretyakov Gallery, not realizing they were witnessing a theft. The painting by Russian artist Arkhip Kuindzhi is thought to be worth €160,000.A 20th century mountain landscape painting by Russian artist Arkhip Kuindzhi has been stolen from Moscow's Tretyakov Gallery during an exhibition, police said Sunday.

Video surveillance footage showed the thieves simply took the painting, titled "Ai-Petri. Crimea," off the wall and made their escape, police said.

Confused onlookers watched as a young man removed the painting from the gallery wall, only realizing later they had witnessed a brazen theft, Russian television network RT reported.

Not the first time

The Tretyakov Gallery, one of Russia's leading art museums, has been targeted by criminals several times in recent years.

Read more: Art, what is it good for? Top German court set to decide

Kuindzhi is known for his landscapes. His 1881 work "Birch grove" was sold at auction house Sotheby's for more than $3 million in 2008.

In May, one of Russia's most treasured 19th century art works, which depicts Tsar Ivan the Terrible cradling his dying son, was damaged by a man with a metal rod.