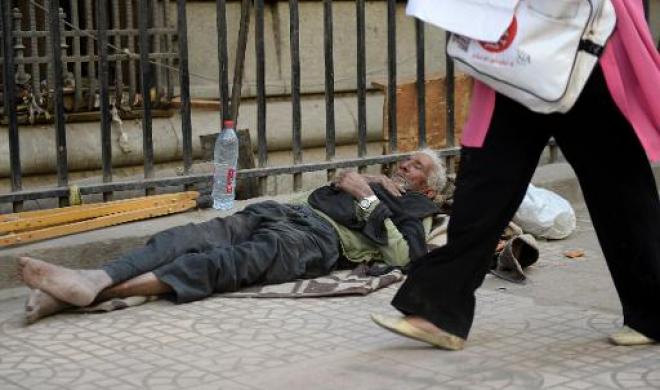 Continuing its progress in the community development field since last year, the Egyptian government has launched a new social initiative as part of a series of social projects introduced to improve conditions of the most vulnerable individuals.

Following the cold wave that hit the country over the past two weeks, the ministry of social solidarity created an initiative to rescue homeless people. The Minister of Social Solidarity, Ghada Waly, initiated the “We are With You” campaign on 15 January, in coordination with the ministries of interior and health, to solve the problem of homelessness in Egypt.

The initiative assigned special convoys nationwide to return lost children to their families or offer them shelters. For those who do not want to be relocated, the convoys provide them food, medicine, and blankets instead. It further provides rehabilitation to help people resume their normal lives.

There are 17 convoys working in different areas and governorates across Egypt, each includes sociologists, psychologists, doctors, and specialists to handle homeless children. They return lost children to their families if they were reachable, otherwise they send them to child care centres. The same options are offered for the homeless seniors.

These convoys also include rapid intervention teams affiliated to the ministry of social solidarity and members of the Tahya Misr Fund’s Children Without Shelter initiative.

There are least 12 million homeless people in Egypt, including 3 million children, mainly in Cairo, Giza, Qaliubiya, Alexandria, Menoufiya, Sharqeya, Suez, Beni Suef, Minya, and Assiut, according to the ministry of social solidarity.

The ministry offered several contact channels though hotlines and social media so people can report any homeless person. The initiative marks a good start for this year, said Waly, noting that following the recent cold wave, intensive efforts have been exerted by the Children Without Shelter initiative and the ministry to rescue homeless persons.

Over the past 15 days, around 1,686 homeless people of different ages were rescued, however, the initiative was initially targeting only children.

The ministry said that 95 adults and 80 children were rescued on Saturday. Cairo had the lion’s share of these cases with a total of 68 homeless people, followed by Giza with 20 individuals, and Assiut with 19 individuals.

This campaign received a fund of EGP 50m from the ministry of social solidarity and extra EGP 114m from the Tahya Misr Fund. The Egyptian Food Bank also financed the initiative through providing free meals.

The CEO and Managing Director of the Egyptian Food Bank, Moez Al-Shahdi, said that this initiative to rescue homeless people is very positive.

“It is clear to everyone that there are people [in Egypt] who are struggling to find shelters or obtain life’s basic needs,” said Al-Shahdi.

The Deputy Head of the campaign, Ayman Abdel Aziz, said the campaign aims to provide the social and psychological rehabilitation of children and to reunite them with their families, if it is possible. He added that the campaign also focuses on helping the elderly through providing hot meals and blankets if they refuse to return to their families or move to the ministry’s care centres.

Abdel Aziz noted that the initiative’s teams were carefully selected from 3,000 applicants, and received training, in collaboration with international organisations with long experience in this field, such as FACE for Children in Need, Save the Children fund, and the United Nations International Children’s Emergency Fund (UNICEF).

Sayed Hamed, a coordinator in one of the rapid intervention teams, said that his team was not working randomly, but actually they were monitoring several areas to reach those in need, noting that they have a strategy for providing support and meals for homeless people.

He added that his team has started since 2016 to offer support for the homeless upon the directives of President Abdel Fattah Al-Sisi.

Hamed pointed out that rapid intervention teams are spread all over the country.

Moreover, the campaign’s spokesperson, Hazem Al-Mallah, described the initiative as a “multipronged” mission that includes fixed and mobile units so that they can reach out to the homeless everywhere. It also develops shelters for the homeless, offers case management services-including a follow-up of homeless people after returning them to their families to ensure they do not return to street-and raises social awareness about the issue.

The Egyptian population living below the poverty line exceeded 30%, while the state is working on providing different social development projects. On Saturday, President Al-Sisi witnessed the launch of the ‘Nour Al-Hayah’ (Life’s Light) initiative, which aims to treat diseases that cause blindness or blurry vision. The initiative will be funded by the Tahya Misr Fund.

On Sunday, the Minister of Health, Hala Zayed, announced that a new family-planning initiative will be launched as a part of the “100 Million Health” campaign to control overpopulation.

The new initiative aims to raise awareness about the benefits of having only two children, Zayed explained, adding that it will be divided into multiple stages covering all governorates according to the size of population issue in each area, considering the studies conducted in this regard.

Congratulations, we have 2 million newborn Egyptians every year