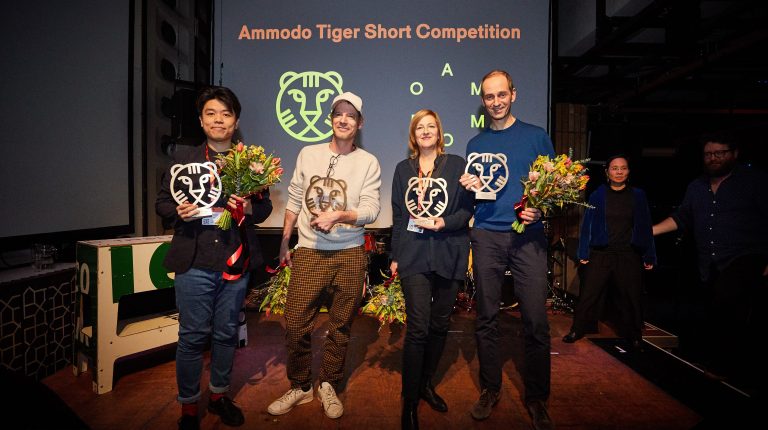 The jury was made up of Vietnamese artist Nguyen Trinh Thi, festival director of Internationale Kurzfilmtage Winterthur John Canciani, and filmmaker/artist Lawrence Abu Hamdan. The three Ammodo Tiger Short awards each come with €5,000 in prize money.

Regarding the Freedom of Movement film, the jury said “this film thoughtfully contrasts images of emancipation and resistance, against sobering illustrations of what feels like the unsurpassable reality of structural racism. Most effectively this is achieved through two sudden and compelling stylistic shifts. Although the jury thinks it could be more condensed, this film effectively expresses the complexities of race and migration through architecture and the body.”

Concerning the Wong Ping’s Fables 1 film, the jury said, “this film inhabits yet subverts the form of fables in their use of animals, plants, and objects to illustrate a particular moral lesson. The film plays with the expectations we have with narratives, leading it uncompromisingly to absurdity. It questions the lessons we have been told since childhood. Its most effective and innovative tool in this task is the bright, colourful, puerile, beautiful, and sometimes repulsive digital imagery of the world that it creates.”

Finally the jury commented on the Ultramarine film saying that “rarely has the relevance of film to performance been so clear. The role of cinema here stunningly enforces the rhythm, vision, and urgency of the poet’s delivery. The film is precisely structured in a way that allows us to see the images the poet conjures, to sonorise the beat at which he speaks and to feel what is so radical in his utterance. The jury was utterly convinced.”

Ammodo, an organisation supporting art and science, became partners of the competition in 2018. In addition to the Ammodo Tiger Short awards, the IFFR will also present the Voices Short award during the awards ceremony on Friday 1 February. The Voices Short award, launched in 2018, is an audience award which celebrates the more narrative-driven short films in the festival’s Voices section.

Freedom of Movement has also been selected as the IFFR’s ‘Short Film Candidate’ for the European Short Film awards 2019.