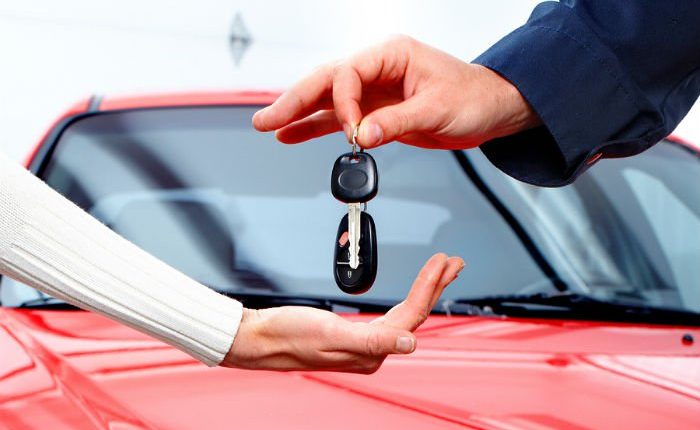 Unlike what was expected in early 2019, the recession took over the Egyptian market creating a state of conflict between consumers, traders, and brand agents. This led to a major campaign against agents by consumers called ‘Let it Rust’ in order to object to the prices of cars and the profits of agents from them, expressing anger following the application of the last phase of customs elimination on the cars assembled and manufactured in Europe.

Over 500,000 people participated in the campaign. There were calls to boycott purchasing cars until June, hoping that agents would reduce prices. Some have called for boycotting forever and importing cars individually instead.

Daily News Egypt has learned from the Egyptian Customs Authority the conditions needed to be met by consumers in order to obtain a customs exemption for the cars they import from Europe. A source at the authority said that since early 2019, the authority has seen many exemptions for individuals under the system known as “personal importation”, in addition to commercial exemptions for traders. The source explained that the conditions to import cars from Europe personally are:

– The car and its documents must be under the person’s name.

– the car has to be the same year’s model.

– The consumer must have a Euro 1 certificate.

If there documents were available, the person shall obtain an individual exemption of customs on his car.

In order to prove the worth of the car, the car owner must be its first owner and have documents that prove that.

What is the Euro 1 certificate?

This certificate is similar to a person’s birth certificate. It explains where the car was manufactured and what countries took part in its manufacturing. In the latter case, a decision must be issued by the specialised minister to determine the country of origin.

Osama Aboul Magd, the chairperson of the Egyptian Automotive Dealers Association, said that he hopes individual imports of European cars works. “If the cars were imported for a reasonable price, we as traders, will buy,” he said, explaining that if he individually went through the process of importing, he will understand whether the prices are exaggerated or not.

Aboul Maged explained that there are many obstacles that make individual importsof cars difficult, including the plane ticket price to Europe which exceeds EGP 100,000.

He added that the number of imported cars reduces the cost of importing them, explaining that importing around 500 cars at once will cost less than importing one car.

Aboul Magd stressed that the Euro 1 certificate’s obtainment is one of the main obstacles facing the process of importing European cars individually. The validity of this certificate can only be proven by the factory, and factories only provide that certificate to agents.

He explained that obtaining a Euro 1 certificate is complex because it contains the certificate of origin in addition to several other complex measures, stressing that many have stopped importing cars as a result of these obstacles.

Aboul Magd demanded from the concerned authorities to facilitate the measures of importing whether for traders or individuals, explaining that individual imports create the desired competitiveness in the car market.

On the ‘Let it Rust’ campaign and the recession state that hit the market in the last quarter of 2018 and kept on increasing until the start of January, Aboul Magd said that the car trade may suffer but it will not die.

Karim El Naggar, the chairperson of the Egyptian Automotive and Trading Company (EATC) and the CEO of Kayan, the agent of a group of European car brands, said that importing European cars with no customs for individuals is available and possible but with conditions that include the existence of documents proving that the imported car is European. Citizens must pay all the custom and tax fees.

El Naggar said that the car price will increase by 10% in that case, explaining that the state protects agents by imposing reduced customs on their car shipments.

He said that he does not mind consumers importing cars themselves, on the contrary, he allows them to be guaranteed by his company.

Moustafa Desouky, the founder of the AB Cars page and member of the ‘Let it Rust’ campaign, said that obtaining the Euro 1 certificate is not an obstacle before individuals import European cars, however, the issue lies in the importer not saving money because he will not be getting what the agent would get, which is a 12% discount, in addition to shipping expenses and taxes.

He gave the Opel Astra as an example of the cars obtained by agents for prices ranging between €12,000 – €14,000, while if the car was imported by a consumer individually, it would cost no less than $18,000. “A consumer will never be able to obtain a middle-class car for a price less than the price agents obtain it for,” he added.

Desouky stressed that the real difference that consumers can feel would be through importing luxurious cars whose litre capacity is over 2000cc, because only in that case it would be a tangible difference.

Furthermore, Desouky said that consumers who want to avoid buying from agents as well as avoid the high prices of importing new cars, should import hybrid cars to benefit from the elimination of custom fees on them.

He said that the campaign mainly aims to guide consumers towards solutions that could save their money.