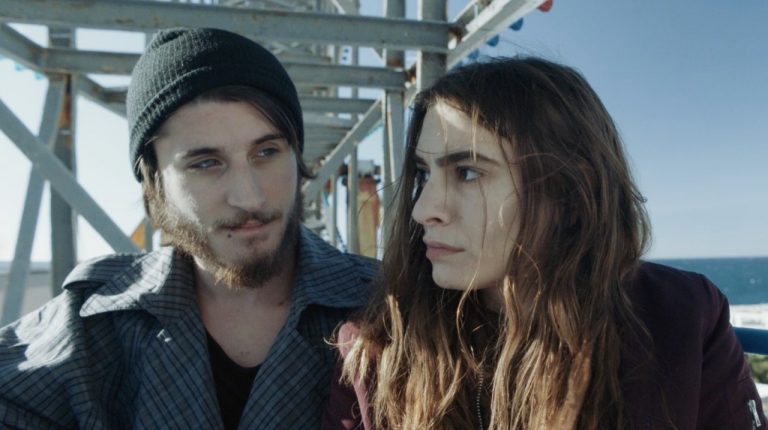 Running in a frame of 24 hours long, the director Nadim Tabet follows the story of Lebanese young people wandering in Beirut, searching for love, music, and happiness. Beirut is one of the few Arabic cities that did not go through the Arab Spring revolutions, but of course the city witnessed some horrible civil wars in its history.

Yasmina, the first protagonist we meet, is escaping the drug rehabilitation centre in which she has been residing for three months. She calls her ex-boyfriend Rami, a young musician singing in an independent music band in which Yasmina also used to be member of. She also contacts other friends and as the film progresses, conflicts, hopes and dreams of the young people begin to emerge.

One of These Days depicts the story of a specific generation, born in a country that had barely ended a long civil war, which suffers from its aftermath. They are all of the same age and not mature enough to decide what they really want, or who they really love; they are just searching for all these things.

One of the significant aspects of the visual storytelling techniques used in the movie is the combination of voiceover and old photographs, which gives to the past stories a taste of vintage random photos which we can relate to. We see the difference between the old and new kinds of relationships through the contrast between the colours of the photographs and the colours of the film itself.

Another significant visual aspect comes in the way that the director portrays Beirut, the city full of concrete buildings where the sad stories come to the fore. Tabet depicts the city as non-caring and hectic, where life goes on relentlessly regardless of what happens. As such, Beirut only looks beautiful from the outside while, in reality, it is inhabited by depressed people.

The film is more like a tour in the life of these young people and their daily routines. They crave for new music, reading about history, and even participating in a gig or a demonstration. They search for someone to spend time with, to share uncommon opinions with, or just to make love to. In this reality, they seem not to care about the terrorist attack or the police checkpoints, as much as they care to live a wonderful life.

The film praises their courage and innocence as they are trying to find themselves in a heated city that simply does not care.

The film was nominated to the Best Narrative Feature award at the Calcutta International Cult Film Festival 2018.

Topics: movie One of These Days