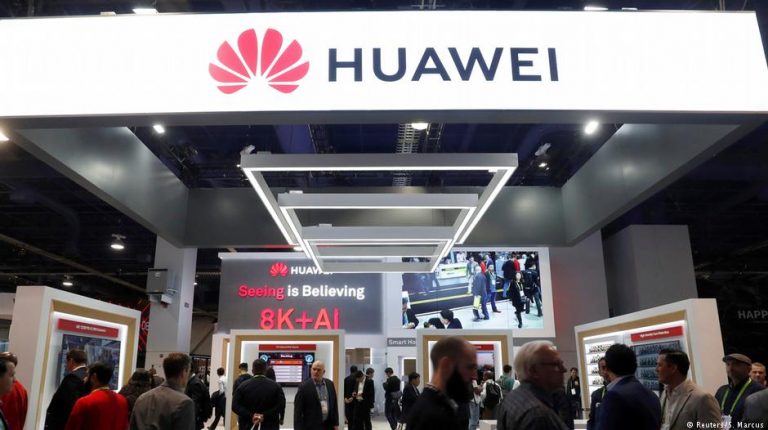 The charges against Chinese telecommunications giant Huawei as well as its CFO Meng Wanzhou have been unveiled in two unsealed indictments. China has urged the US to “stop the unreasonable crackdown” on its companies.The United States Justice Department unsealed two indictments against China's Huawei Technologies Co Ltd., several of its subsidiaries and its chief financial officer Meng Wanzhou on Monday.

Meng was arrested in Vancouver and later released on bail in December. She faces extradition to the United States. The case has strained Chinese relations with both the US and Canada.

In a 13-count indictment from prosecutors in the Eastern District of New York, Huawei has been accused of misleading banks and US authorities about the relationship between Hong Kong-based shell corporation Skycom Tech and Huawei Device USA Inc. to sell equipment in Iran, a violation of US sanctions.
Prosecutors also accused Meng of committing fraud and misleading banks into believing Skycom and Huawei were separate.
In a separate case, the Justice Department unveiled a 10-count grand jury indictment in Seattle accusing Huawei of stealing trade secrets, wire fraud and obstructing justice for reportedly stealing robotic technology from T-Mobile US, whose majority shareholder is Germany's Deutsche Telekom AG. The technology, called "Tappy," mimicked human fingers and was used to test smartphones in T-mobile's lab in the northwestern US state of Washington.

During the Justice Department's announcement of the unsealed indictments, Christopher Wray, the director of the US Federal Bureau of Investigation (FBI), said the cases "expose Huawei's brazen and persistent actions to exploit American companies and financial institutions, and to threaten the free and fair global marketplace."

He also expressed his concern about Huawei devices in US telecommunications networks.

"That kind of access could give a foreign government the capacity to maliciously modify or steal information, conduct undetected espionage, or exert pressure or control."

On Tuesday, China's foreign ministry responded to the charges by accusing the US of "unreasonable crackdown" on Chinese companies and urged Washington to lift the arrest warrant against Meng. The ministry also said that Beijing would resolutely protect the lawful interests of Chinese companies.

A statement read on state TV news complained US authorities "mobilized state power to blacken" some Chinese companies "in an attempt to strangle fair and just operations." It said there was a "strong political motivation and political manipulation."

Ministry spokesman, Geng Shuang said later: "We urge the US to immediately withdraw the arrest warrant against Miss Meng Wanzhou and stop making such kinds of extradition requests."

Huawei denied committing any of the violations cited in the indictment: "The company denies that it or its subsidiary or affiliate have committed any of the asserted violations of US law set forth in
each of the indictments." In a statement, the company said it was "not aware of any wrongdoing by Ms. Meng, and believes the US courts will ultimately reach the same conclusion."

Who is Meng Wanzhou? She is the CFO and deputy chairwoman of Huawei Technologies as well as the daughter of the company's founder, Ren Zhengfei. She was detained in Vancouver at the beginning of December, but was released on bail a week after her arrest. She currently is staying in one of her family's homes in Vancouver as she awaits a decision from a Canadian court on a US extradition request. A hearing is set for February 6.

US-China trade war: The unsealed indictment comes days before US-China trade talks are scheduled to resume in Washington. US Commerce Secretary Wilbur Ross insists the Huawei cases are "wholly separate" from trade negotiations. The US imposed 10 percent tariffs on $200 billion (€170 billion) worth of Chinese goods, which caused Beijing to respond with tariffs of their own on $60 billion worth of US goods. Both sets of tariffs took effect in September 2018. In a meeting at December's G20 summit in Argentina, US President Donald Trump and his Chinese counterpart, Xi Jinping, agreed on a 90-day stop to new tariffs.